Wish I knew a reason I keep getting Scept's vote.

Two votes for me with no reasoning? What cahootsmanship do you two have going on?
[vote Scept] because a tie is better than nothing at this point.

I'm not taking that lying down. [vote Nale]

That being said, [vote nale] to shut off any shenanigans in the voting.

My apologies for the delay. Story and results soon. [dusk]

"Mario! Look out behind you!" a voice called out!

The plumber turned around, just in time to see a large figure looming over him!

"That must be booster! Use your fireballs on him!" A frightened mallow called out frantically.

The figure was soon silenced by an onslaught of fireballs, knocking him out, and to the ground. Bowser's unconscious body was only illuminated by the little bits of him that were still on fire.

You are Bowser! You're furious that the princess was taken by this bumbling fool again! You have to get your princess back!

Role:
You're rough, you're tough, you can survive a single nightkill. Only one, though. After that, you're toast.

You win if Booster and his minion are KO'd!
You steal the victory if Mario is KO'd but Peach is alive at the end of the game!

"Perfect! While all of this is going on, I'll just slip this mushroom into Mario's pocket... He'll never expect it! Ahahha- wait, what are you doing?!"

Aboi never got to open up that casino. You are Grate Guy! You could honestly care less about what happens with Booster and the Princess. You just are in it for the money.

Role:
You really want to take your belongings and just leave Booster's Tower. You've never really cared for his childish pranks and whatnot. You've finally decided to go out and open up that casino you always wanted. Though, before you can leave, you must get rid of the last three rotten shrooms in your bag. You can give your Rotten Mush, Moldy Mush, or Wilt Shroom to any one person each night. Once all three are gone, you can leave booster's tower with no regrets and claim a personal victory.

You win if Booster and his minion are KO'd!
You win a personal victory if you can leave before the round is over. (The round will still continue)

Well, I guess that takes care of the third parties. As for the mafia, I investigated Stalin last night and Yoshi night one. Yoshi was innocent, Stalin was guilty. Due to how my investigations work, I am 100% certain of this (I read their thoughts and it's impossible to misinterpret the thoughts of Yoshi and Stalin). That said, [vote Stalin].
_________________
Nintendo Network ID: Link_Lab

I'm happy with to go with that until further information comes to light.
[vote stalin]

stalin has convinced me of his innocence, and due to shenanigans that happened on investigation night, I think he is correct
[vote link]

Ooops, I let the day run a little bit over. [dusk]
Story and results soon.

"Mario, Mario! I know which one Booster is! You just have to trust me! It's that one! You can hear him talking in the corner!" Said poor, innocent Mallow.

"No way is that him, I'm clearly over here! That's gotta be booster impersonating me!" Said a rough, higher pitched voice.
"And I agree with him too, that Mallow is an imposter!" said another voice from the same area.
"Oh yes! I agree with lord bo- I mean Mallow! Uh.. these.. erm.. This Mallow! Let's get that imposter!"

Our overall'd protagonist looked down at his hands. He had already watched the his friends fall beside him. He had to keep faith in what he was doing. He felt like he knew the right one, but he knew he had to go with the majority, because they might know something he doesn't.

Mario turned towards the shadowed figure and slugged it across the face, sending it to the floor in tears.

"M-mario! Wh-what are you doing to me!?" A horrified Mallow screamed as he soon lost consciousness.

You are Mallow! You're probably the most unqualified to be a hero, seeing as you're the biggest crybaby most people have seen, but regardless, you are in the party for good.

Role:
Using your psychopath abilities, you may determine the alignment of a person once each night!

Mario quickly realized that he had made the wrong decision. Unfortunately, in the same instance of the realization, a barbaric punch struck his head. You are Mario! Congrats, you're the mute protagonist for this game! You care a lot about your friends and don't seem to question why Luigi doesn't show up in this adventure.

Role:
As the leader of the group, you inspire everybody else to fight their hardest, giving everybody a 10% chance to survive a nightkill as long as you are alive, including yourself!

"I can't believe he bought that!" Booster cackled out

"I... Honestly cannot believe it either, Lord Booster." A Sniffit said, "Shall we turn the lights back on?"

"Sure! I missed seeing my beautiful Princess' face!" Booster blurted.

The lights were turned back on to reveal a very uneasy Princess Peach standing next to the unconscious Mallow.

"Now, Princess..." Booster said with a grin, "Shall we be off to Marrymore for our wedding?"

-----MAFIA WINS-----
BEST ENDING:Complete the game by knocking out all protagonists other than Peach!

At the end of the day, Peach gave in to her captors. She married Booster and lived the rest of her life catering to the manchild's ridiculous needs. Our Heros tried many times to rescue the Princess, but she had already accepted her new life and refused to leave his side.

You are Princess Peach!
You've been kidnapped by Booster yet again! Thankfully, your friends have come to rescue you from the clutches of evil!

Role:
You may protect any 1 person each night. That will save them from a nightkill no matter what. If you protect Mario, you gain a 50% chance to survive if you're attacked!

You are Booster! You've captured the princess once again in hopes to make her marry you. Unfortunately, the good guys have followed you and chased your ass all the way to the top of your tower!
Your loyal servant is Tael, the Sniffit

Role:
You are a very confusing man, and quite childish at that. Using your childish trickery, you are allowed a one-time 2nd vote. Alongside that, you have the final decision on who you want nightkilled.

You win if all of the good guys are KO'd or if you outnumber them. 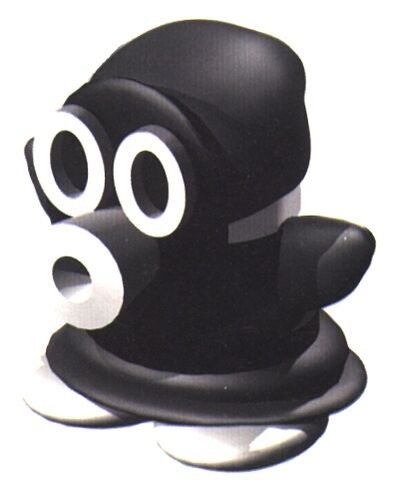 You are a Sniffit, one of Booster's loyal servants.
Your ally, and lord is Stalin Commander

Role:
As a servant of Booster, there isn't very much you can do. He calls the shots, and you take his orders. Though, you can shoot a target with one of your strange sniffit balls, knocking them silly and canceling their role for the night. You take over command if he is KO'd. Other than that, you have no special talents.

You win if all of the good guys are KO'd or if you outnumber them.

The PLEASE LET ME DO ANYTHING award: Given to... Aboi! He only wanted to do one thing and one thing only: LEAVE. He was roleblocked on Night 1 and then IMMEDIATELY killed. Poor guy!

The Stockholm Syndrome award: Given to... Yoshi! This guy had the ability to protect anybody in the world... You want to know who he protected? Stalin and Tael. What really seals the deal is that he did not cast a vote on the last round, enabling the victory of his captors. This award speaks for itself.

The Dynamic Duo award: Given to... Stalin and Tael! Great teamwork as Mafia. The wambo combo you pulled on Aboi was hilarious to watch, and very effective. You both stayed undercover and even survived Stalin being found out! Great use of the situation and your roles.

~Thanks for playing Super Mafia RPG~
Please let me know what you thought of the round!
I didn't try too hard, but all feedback will be appreciated.

Thanks for the great round Geno!