I knew I'd have to make a choice. There was no way I could play both Soul Hackers and SMT IV. I'd need a lot more time to play and a good break between them. And with a huge backlog of games, yeah, I needed to free up some space.

I have attained the glorious neutral route.

So do you 3DS owners think you'll get Persona Q?

Might as well, I love Etrian Odyssey and it seems to work more or less like that.

The best part is that you can mix parties so that you only have to use the better parts of each team, like being able to use certain P4 characters while not having to use Yukiko or Yosuke.

Translation: he'll be using Naoto, Chie, and Mitsuru... and kill Teddie and Shinji.

My planned party is Chie, Naoto, Aigis, Akihiko and Mitsuru. I may consider Kanji if circumstances allow but that's what I'm going for at the moment.

With that said I'm hoping for some Persona 2 callbacks.

Somehow I doubt for P2 callbacks in a spinoff, since P3 and P4 are the more well-known games this side of the ocean... plus, wasn't it Innocent Sin that was the last Persona game to ever get a localization, not counting Golden?

I guess my planned party will be MC, Akihiko, Chie, Yukari and Aigis.
I may switch out Aigis for Naoto and Yukari for Mitsuru depending on their moveset. 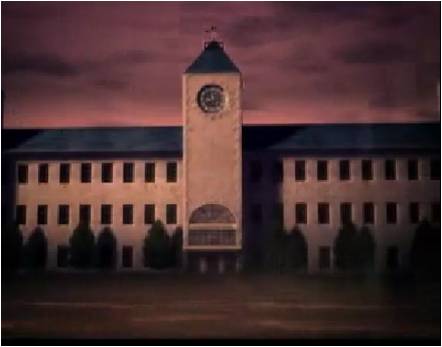 I don't remember Tartarus having a clock on it but it's been some time.

There was definitely a clock INSIDE the tower, but not outside.

As a side note the endings in Strange Journey are all really unfavourable, even by the series' standards. Even the neutral end isn't all that good judging by the Ideal Worlds the game showed me before I got routelocked.

Been a while since we used this thread. I'll try and keep spoilers to a minimum for those that have stumbled upon this without playing the game.


So if you didn't hear the news, throughout this month I've been playing Persona 4 (yeah, I know, about damn time). And while I did have days when I didn't feel too bothered to play it at all for a bit, all in all it was a very enjoyable experience. While there was many a time I was largely tempted to purchase a Vita and play the Golden version, a chance came where a friend of mine allowed me to borrow his PS2, and getting a copy of the original game would be easy to aquire thanks to importing.


I'm not usually one to say many words so this may or may not be a short review.

First off, Inaba sucks. Now that we've gotten that out of the way, the TV World is soooo much better than Tartarus. It has a lot more variety in it's dungeons than just one long and boring tedious dungeon you keep having to go back to. It was wondeful to know that you no longer got tired like you did in the previous game. However I was rather spoiled by FES and missed how your heath and SP refilled once you returned to the main floor, although there was a way to refill SP to max by paying later on. But being able to continued from the last floor you were on before escaping was a welcomed feature.

Getting into the battle themselves, while I wasn't assaulted with BABYBABYBABYBABYBABYBABYBABYBABYBABY like before, I couldn't find myself getting into the grove of the normal battles as well as before. And good god I'm not sure if I'll be able to go back to the old way of not taking direct control of your teammates. That made a world of difference since your teammates weren't always reliable on their own (I'm looking at you, Mitsuru). On the other hand, it did take away a bit of the tension from fighting since you'd always be able to take advantage of the amount of "turns" you'd have in order to heal, buff, attack or defend. So obviously this makes things much easier than before but still very nice. Also I found myself barely wanting to use anyone outside of Yosuke, Yukiko and Chie, with the exception of Teddie who takes over as the ice person of the group. Although in P3 I found little reason to switch out Yukari and Akihiko except to train the rest of the group.

Social links! Yes the meat of the game. Sadly I wasn't that good at organizing my time properly and so while I was growing close to finishing more, I ended up only finishing a few of them. I actually enjoyed the fact that you could forge social links with all of your party members instead of just the female ones. And it had benefits which only sweetened the deal. Best of all, you didn't need to worry about balancing female links since you could always set them down the friend path instead of lovers like you did for most of those links in the previous game.

Getting into personal stats, there are much more than simply knowledge, charm and courage and are part of triggering certain parts of dialogue and social links. Personally I found it a little annoying at times, having to waste nights because you don't have enough understanding to talk to your niece and uncle or unable to start the tutoring job. And diligence was the worst offender since it took forever to level up and you could finally start that hospital job. I suppose I could have done better job if I knew what I needed ahead of time, heck, with New Game Plus, I'd have a significantly easier time triggering social links and finishing them sooner since those stats would carry over. But I suppose that's just me and perhaps I'm making excuses.

Guess this review turned out longer than expected. Well I still have a bit more to say.

The final boss felt really lacking, I'd probably have enjoyed it more if I didn't have direct command of my team but it just felt too easy, well maybe not easy. Tedious seems to be a better word. The music took some time before it got good, but all in all the whole fight didn't come close to P3's final fight. Still the ending was pretty satisfying. It's hard to compare the two and say which is better, although P3's one did give me feels at the end, still P4 where everyone says goodbye to Yu was still pretty nice. I suppose I just like happy endings.

As said before, P3 and P4 have their highs and lows, both were very enjoyable games to me and I'd recommend them both to everyone. I'm happy to have started this series and I hope to continue it. I suspect I may try P2 first later in the year before SMT Nocturne since I already have the first one for PSP but who knows.

For now, like I did with P3 and SMT IV, I intend to take a break from SMT/Persona series and play some other things in the meanwhile until I feel ready to begin another journey.