Round 52 - Mafia the Hedgehog

By the way, you can edit your messages, so you don't need to double post

Sorry for the delay! Not thinking straight after all that champagne~ ^__^'

"Hate to say it kid, but Eggman knows a lot about that head of yours." Sonic grimaced. "That probably makes you a prime target."
The gang gathered round Emerl. "YOO TAKE MAH EMAROODS?!" he yelled.
"Yikes, sounds like he’s been learning from that Knucklehead again. Oh well," Sonic sighed and led Emerl, who did not resist, to his new cage, hoping that this would be over soon.

Spoiler:
Dear Shadi,
You are Emerl the Gizoid.
Work with the mobians to work out who has been possessed by Dr. "Eggman" Robotnik's mind control ray.
A weaponised robot, gone wrong and then gone right, your power lies in your ability to copy abilities from other individuals.
Copy the skill from a target of your choice at night, and it becomes your own. Perhaps this is help you to identify the members of your group who have been possessed?
You can hold two skills at a time, and may choose which to replace. Copying takes a whole night, as does using a skill.

Espio activated his camouflage. He could sense that they were nearby, and that he was their target. Surely they were no match for a ninja! It is a shame that they were, for he managed to snatch a glimpse of his assailant before his capture, that confirmed his suspicions. If only he had had more time, but they knew that his investigative prowess had to be snubbed as soon as possible to ensure their victory.

Spoiler:
Dear Gamage,
You are Espio the Chameleon.
Work with the mobians to work out who has been possessed by Dr. "Eggman" Robotnik's mind control ray.
Yo, you’re a ninja! That’s pretty cool. Go sneak. Investigate.
Hmm... Where did Vector get to? Perhaps you’ll find him?

At the moment, My only suspects are Namly
Link and Tael

Link moreso, due to what he's told me of his role.

If anyone's targeted link for their role, contact me and tell me what result you got, if you got any result.

Let's start off this day with another vote for the hero of time shall we?
Link - 2 - Nyu, Stalin

I suspected Link before it was cool.

Wait, who was night killed?

I'm assuming gamage since he claimed Investigator, and we lost an investigator.
Shadi just got lynched.

Zink. How do you forget to say who dies?

Yep, it was gamage.
Even though he SAID Shadow the Hedgehog in PMs.

Hmm, I KINDA suspect Link, but not too much at this time. For now, I'll place a vote on Nyu. 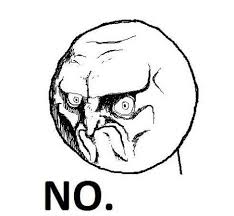 Anyway, good luck to y'all.

Link tried to forge an alliance with me early in the game (not as early as Yoshi, and he didn't outright say it, but still...)

(c'mon lads, size down your total counter. It makes it easier to read)
_________________
"Hey! The secret to health, happiness, a successful marriage and a booming business is simple. All you need is puns! No more trotting out boring old "Good morning" and "Goodnight". When you greet people, do it with a smile and a bit of horseplay. Try a "Good marening" or a "Goodneight"! Before long, you'll be the most popular punner in the town, neigh, the world! Remember: you'll be galloping your way towards happiness with laughter as your steed."

The reason I tried to forge alliances is because I'm paranoid that the mafia will still manage to kill me. I can't be targeted by anything at night. This means I can only die if you guys lynch me. I figured alliances would be able to save me but I guess I'm better off saying absolutely nothing to anyone and hoping for the best.
Nyu votan.

Ok guys, really sorry I forgot to write the player names. I was very tired and pretty drunk. You are right though, it was Gamage who died.
Sorry for the slip up.

I should really pay more attention to this round. Voting Nale for bandwagons yesterday.

Fffffffffine. I'll believe Link and try to save him. BUT IF YOU'RE MAFIA...

Can we get some votes up in here please? And night actions? :-/

"Whoa, guys, hold up!" yelled Sonic as they closed in on him. "Oh man, this ain’t good..."
"Hmph! Just get in the cage and no-one gets hurt, Sonic." growled Shadow.
Sonic could see he was outnumbered and severely overpowered, and so reluctantly stepped inside. He hoped that this compliance would help them determine which of the group was possessed by Eggman’s Mind Control, but wished that Tails had at least equipped his cage with a wheel.

You're Sonic the Hedgehog, the fastest thing alive™! The Blue Blur™! Etcetera!
Work with the mobians to work out who has been possessed by Dr. "Eggman" Robotnik's mind control ray.
You tend to be too hyperactive to deal well with sleeping, meaning that you can't be targeted at night, simply because you're not home.

Blaze’s head was foggy. The interference from the Mind Control was making it hard to sleep, though given the situation she might have had trouble any way. She stuffed her head under the pillow to try and drown out the noise. Not such a good idea.

Blaze was spared the trouble of turning on her friends.

You are Blaze the Cat.
Work with the mobians to work out who has been possessed by Dr. "Eggman" Robotnik's mind control ray.
Something feels wrong... You have a bad feeling that you may have been targeted by the Mind Control device. Hopefully your willpower will be strong enough to keep you from turning on your friends!

What Axel didn’t know: Once there was only one Possessed left, the Mind Control device would overpower her, joining her with the enemy.

Having returned from another successful night, the Possessed were confident that they would soon have captured the whole gang. Possessed Tails decided to try his luck with a curious invention that had caught his eye for some time.
"Perhaps this will speed up the job?" he suggested to him accomplices, targeting the device at the next victim’s house, and giving the big red button a whack.
It’s not always a good idea to use someone else’s toys. The device teleported him into one of the locked cages, taking himself prisoner.

Tails fell into his own trap.

You are Possessed Miles "Tails" Prower.
Work with [REDACTED] to eliminate the mobians for Doctor "Eggman" Robotnik.
You are a bad guy! :O A bad guy inventor, no less! Since you’re not really Tails though, you don’t actually know what these contraptions do. Use at your own risk!
Each night you may choose to activate Invention A, B, C, or D.

Phoenix, Nale, Tael, please vote today lest you may be removed!

I'm a roleblocker and blocked Scept last night, Gamage before that (but he died), blocked Cloak night 2, and forgot to block night one.

DA seems sorta suspicious, but Tael has been quiet, and that's the easiest way to be mafia.  Voting DA right now.

I have an awful feeling that Zyq is playing us all, but I'll go along and vote DA until he can provide an adequate counter.

EDIT: And I may as well role reveal, I inherited the doctor power from massive night 1 when he died. Hasn't been very useful so far, I tried to protect gamage but shenanigans (great job zyq) ended up getting him killed anyway.

Well My only suspicions are Tael and DA now.

But. I'm begining to think Tael just isn't paying attention instead of being suspicious.