Thinking of Gamage and Zink, but the latter always stays inactive regardless of his side, so I will just risk it:

I didn't force a tie because I knew that if Gamage voted for yesterday it would end up as Stalin being lynched anyways since he already used his Double Vote power to force a three way tie and hopefully get me.

That being said, if anybody has a power left they need to speak up. I'm not the bus driver anymore but I didn't get my doctor role back either. Stalin apparently lost his double vote powers (which was irrelevant if it was LyLo mode immediately after his death). But either way someone must have a game-wide Stifle ability (which is broken as shit).

At any rate, I'm going to [Vote Gamage] (unknown player - target) because he's still sketchy as shit and has given me absolutely no reason to not suspect him. Mentle I'm 99% sure is innocent unless the mafia are ballsy as fuck and podraced Geno and I by aiming at Mentle, hoping that I would switch the two. Cloak used to be a bus driver but is now vanilla since I somehow got his license, but I lost it too. The chances of me voting for anyone else but Gamage is almost none right now, unless he gives me a reason.

Mentle wrote:Thinking of Gamage and Zink, but the latter always stays inactive regardless of his side, so I will just risk it:

And you don't think anything I could say would be important enough to sway your belief? I'm inclined to believe only a mafia would have such confidence in their choice.

By all means, fill me in on what makes me sketchy and what makes mentle such a secure bet. If there's one thing I hate it's baseless beliefs based on a "feeling".

I'll vote before I go to bed, lets see what you two have to say for yourselves.

Edit: [Vote Gam] cos Aboi is a convincing m80
Also I am very very amused at being called a dark horse.

Did you skip over what I said twice now? Geno publicly stated that Ment was innocent, and the mafia shot at him that night (or the night after, I don't remember exactly). I talked to Geno and he wanted me to bus him. That night Mentle asked me to bus him as well, and I figured that I couldn't bus the two separate so I would just bus them together. I told Geno about it and he was fine with it. I put it in to Tael and he went through with it. Was it bad that the mafia shot at Ment instead? Yeah, but I couldn't do anything about that. That's not my fault.

I believe that Ment is innocent because even if he were Godfather (which we know would give a clean read to Investigators), that meant that the Mafia took the chance of shooting at the godfather and hope that the bus driver (Me) would choose Ment out of everyone else to Bus that night. And if you and Ment are the remaining mafia then I'm done with mafia forever because that's some serious goddamn rusing and I don't know if I could take that.

Zink could be mafia too, but his voting patterns make him kind of a dark horse for anything. Generally he speaks up if he's not mafia, and this round he's kind of been quiet and that's probably a bad sign. Again though, at this point it's too late to stem the bleeding. I somewhat-believed him because his time zone makes it weak or even irrelevant to argue because by the time he posts it's almost day end.

You, on the other hand, are barely active throughout the entire game, showing up only to vote and save yourself and run off again. Then you wait until the final round to come and point fingers at everyone else. Because that's not sketchy at all.

Aboithagameboi wrote:You, on the other hand, are barely active throughout the entire game, showing up only to vote and save yourself and run off again. Then you wait until the final round to come and point fingers at everyone else. Because that's not sketchy at all.

I've perfectly active while I've been here. In case you didn't read what I said I didn't actually know the round started until day 3, and we have only gone though 4 days so far.

Aboithagameboi wrote:You, on the other hand, are barely active throughout the entire game, showing up only to vote and save yourself and run off again.

This part in particular actually really bothers me for two reasons. I never ceased activity after I became active. And not only is the "showing up only to vote and save yourself" comment false, but it can only actually be said about zink this round.

Zink isn't in danger of flipping for a lynch right now. You were. You haven't been here to fight or discuss and you haven't given me (or anyone, really) a reason to believe in your innocence besides "I'm not mafia because you and Ment must be mafia." If you want to wait another night and hammer it out I can change to a no vote. If you put down no vote before round ends I'll match it. Otherwise I'm still suspicious of you.

Votebot hasn't counted it, but Zink's voted gam as well, so total there's 3 votes on gamage, and 2 novotes.

Round ends in about 2 hours.

I've had visiting relatives. Real Life has been getting in the way of more important things. Gamage is looking suspicious as hell, but I'm not sure, so I'll no vote it for now. [abstain]

Aye. The doublevoter is dead, it was lynch or lose, and I was town.

What a shame. I hope Zink was the last one, or at least that it wasn't Aboi.

Game is over, will be updated with results when I get back from uni (about 2 hours). 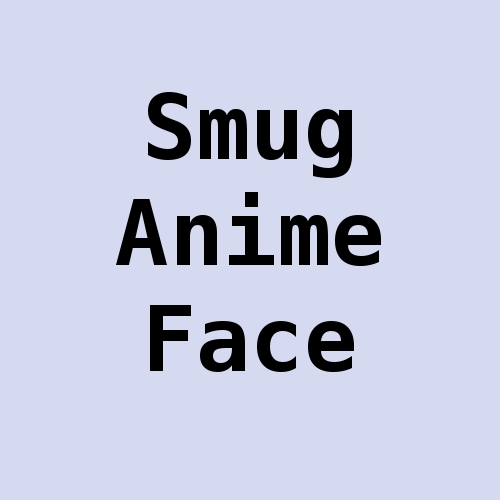 Fuck I knew it.

It should have been obvious with the way Abai rushed to tell me he suspected Gamage today, and when he was doing the same thing I tend to do as mafia to make me feel safer.

To be honest, I fucked up missed today's discussion and most of the posts after the second day out of laziness, and just rushed with my bias against inactivity when I also did that.

The best part is that I knew since I read my role that I could perfectly bait a mafia reaction during LyLo modo with my role, and forgot to use it today.

At least Nale is dead.

Panicking madly after hearing the cries of his allies, the Xelor stops teleporting around long enough to swing wildly with his razor sharp clock hand. Unfortunately, the recipient of the slash turns out to be one of his last remaining allies.

Gamage leafs it all behind:
Gamij, you are a Sadida, part of the adventuring party.

Sadidas are Summoners who specialize in creating powerful ointments and insidious poisons. Taming brambles to form horrifying weapons, crafting war and healing dolls - these are a Sadida's bread and butter.

You can summon brambles to stop a player from performing any action that night. This ability has a 1 turn cooldown.

As the Xelor is looking in horror at what he has done, the Black Crow swoops down for another kill, his sword slashing through bandages like butter.

Mentle ran out of time:
Ment, you are a Xelor, part of the adventuring party.

Xelors are Magi who can influence time. They also command obedience from all related mechanisms like chimes, clocks, and pendulums. Therefore, Xelors enjoy playing with time ... either to slow down their enemies or to teleport themselves wherever they want.

Using your time magic, you can freeze a player, making their vote count for nothing. This does not affect night actions.

The remaining crows squawk madly, exultant in their victory as they close in on the one remaining adventurer.

Cloak was left for dead:
Cloak, you are a Pandawa, part of the adventuring party.

Pandawas are Sherpa Warriors who know what they can get out of their bodies! And out of that of the others... Indeed, Pandawas don't hesitate to lift their allies off their feet to protect them or their enemies to hurt them!

Each turn, you can move 2 players around, switching them for any actions that may occur. (Bus Driver). This ability has a 1 turn cooldown.

Aboi:
Aboi, you are a Large Crow, a minion of The Black Crow (Zink).

Using your large body, you absorb your opponent's abilities! Whenever you are targeted with a power by a player, you gain the use of that power, and the person who targeted you loses it. Be warned that the power will still affect you, so if you are targeted to be killed, you'll still die.

Zink:
Zink, you are The Black Crow, the dungeon boss.

As leader of the mafia team, you can specify to have one person killed each turn, and anyone investigating you will turn up an innocent result. Work with your teammates Aboi and Alpar to defeat the adventuring party.

I've learned one truly useful tip from my first game with you guys:
Never trust the dong guy.

Seriously, how hard is it to send in night actions?!

I gotta say, stealing bus driver powers on the first night was the luckiest break I've seen in a while. Plus, Aboi was actually overall favorite target for abilities used in the entire game. Go figure.

Not only was it his first game, he was one of the only people actively sending in night actions.

Commended for trying to make good use of his powers, even though they were misdirected.

Don't know why he was such a target, but he was. His power probably saved the day by forcing a three-way lynch tie with mafia as 2 of the choices, though.

Goddammit, I'm still annoyed. I'd figured out Aboi was mafia about 2 hours after I posted but I was too late to prepare my case against him and died before I could edit my post.

I'm more annoyed that I also chose to go for Stalin instead of Zink when I was convinced both of them were mafia.

Man, I am not a good mafia. Credit to Aboi on this. GG
Can I please be town again for a bit??

goshdurnit I knew I was forgetting to post somewhere.

GG to me being the only mafia to die.

I need to stop dying as mafia