Dark Souls: Prepare to WHY Edition

Well I just marathonned through Blighttown and Sen's Fortress today after about two or three months of not having touched Dark Souls, subsequent to killing Gaping Dragon.

Blighttown imo was harder, simply because of the pure amounts of artificial frustration they put you through. I am never going back there.

Sen's Fortress wasn't that bad, and I actually really really liked it, even though a good amount of my deaths were really stupid. Partially my fault, partially not exactly what I'd call my fault.

Summoned for help the first time I fought the boss but didn't get rid of the giant that threw bombs at you, cause I wasn't aware of it the second time. Right after I took care of him, I went straight for the main boss and killed him, fight was as expected, a lot easier.

Killed the first enemy with no damage, went inside the building and saw two more, straight up just nope'd and stopped for the night.

I have to say... I am REALLY enjoying this game so far. It's pretty friggin excellent and I'm looking forward to finishing it.
So I'm about halfway through this point, right?

Alpar wrote:Blighttown imo was harder, simply because of the pure amounts of artificial frustration they put you through. I am never going back there.

I'd just like to say if this is a joke involving Quelaag's body, she's dead so it doesn't work on my end.

And I killed her.

And I never looked for a treasure to begin with.

[11:49:15 PM] Alps: >Dark Souls
>Meet some nigga in Tomb of the Giants
>Are you a priest?
>I think joining Princess Guard probably gives you some healing powers so I probably count. A little lie but whatever
>Go over there and get the treasure
>He's obviously going to push me off but I'll just react in time before he can
>Forced cutscene
>for the love of dick
>"HAAHAHAH YOU CLERICS DESERVE THAT, ENJOY DEATH."
>use homeward bone
>I don't even bear a grudge on the dude
>Go back, rushing there because I don't wanna deal with all the enemies on the way back again
>"How are you still alive?! I'll just have to kill you myself!"
>Dude I don't bear a grudge against you oh goodness I better spare you so I can ask Oswald to try and maybe un-aggro you from what I understand
>running away
>near a bonfire
>can't light it because I'm fighting this nigga
>Suddenly two giant spooky scary skeletons attacking me because I didn't take care of them earlier
>PLS NOT NOW JUST LEAVE ME ALONE
>All three of them cornering me
>Aggro'd NPC insisting he should be the one to kill me
>He gets in the way of the giant skeletons and they kill him
>tfw I "killed" him without even lifting a finger
>tfw not even mad those two giant skeletons killed me
>but I was frustrated that I had to go all the way back about three times because I died making some dumb mistakes rushing there trying to get to the bonfire
>Tfw just to spite the NPC I went down the pit again and killed everything on my first try

Also I said I'm a cleric for the lulz. If he was gonna kill me over some lulz he deserves to be a dead NPC.

"He was your only friend in this horrible wasteland and you murdered him."

I stopped trying here a while ago.

Skeleton dogs are the worst.

Leo E. wrote:"He was your only friend in this horrible wasteland and you murdered him."

Holy tits I have never felt this sorry for having to bring myself to kill someone in a game before.

I just wanted to fulfill the prophecy

you didn't have to get involved ;_;

its even worse if you do the DLC content before fighting Sif.

Nexus theme is so nice... It makes you regret killing the bosses when it changes halfway through the game.

EVERYONE QUICK BEFORE THE VIDEO POTENTIALLY GETS REMOVED 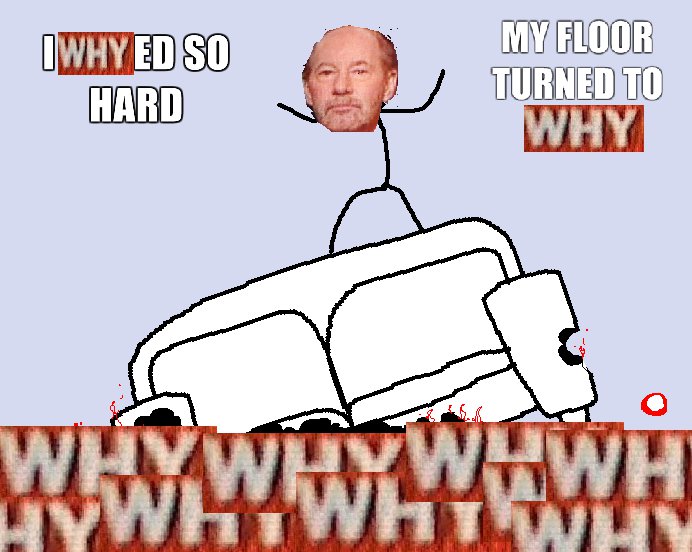 I seriously hate how they thought it was a good idea to pick 5000 random people to beta test Dark Souls II. That could easily go wrong in dozens of different ways, and even if they wanted to try and appeal to a more randomized, broad audience, decimating a majority of the possible sample size is not a good way to do that.

This is possibly one of the worst decisions ever made for vidya.

Okay, so now having played the Dark Souls 2 beta, I can say, holy crap.

Gameplay wise it's just a refined, slightly faster-paced version of Dark Souls. And more merciless. You don't seem to get invincibility frames anymore when you roll, enemies are more aggressive and attack quicker, enemy archers are more accurate and will actually lead their shots to hit you if you're moving, and maybe this is just a flaw of the beta, but there are respawning skeletons with no divine weapons to finish them off for good.

But specifically I want to talk about the end of it. Near the end, a decent bit after a bonfire, there's a segment where you're walking on a small path along a cliff wall. At one point the path splits, one leading up into a more enclosed area and one continuing along the wall. Choosing the upper path will lead you to an ambush area where three guys attack you when you try to pick up an item, but it's no big deal. Then you continue and get to drop down onto an enemy archer. This actually puts you in the middle of the lower path.

...Inbetween a shitton of enemies. And two Black Phantom versions of the huge guys that can break your guard with a single attack.

So I immediately start running back, into the hordes of enemies that I would have already killed if I had taken the lower path. Quickly dash and roll by them to get back to a better area for fighting, end up taking a wrong turn into a dark cave full of respawning skeletons. Get the fuck out of there and get back to some more solid ground, and use up almost all of my spells wiping out the Black Phantoms and all the other enemies.

So I head back to where I was when they all rushed me, and see the fog door for the boss. No Estus left and only a few spells, but I decide I don't want to respawn the enemies by using the bonfire, so I just walk through the boss door.

The boss's name is "Skeleton Lord". Basically, these three huge skeletons with different weapons. One is holding a scythe, another some other melee weapon that I can't remember, and the third has a staff and spams magic at you. It's pretty easy at first, they move slowly and their attacks have a small radius, so it's easy to dodge around them.

One thing I notice though is that as I chip away at their health, the boss health bar at the bottom of the screen seems to be lowering much slower. But they do seem to all have different amounts of health, so I decide to kill the fragile mage one first. A few hits and some of my remaining spells later, it goes down... and a bunch of little lights fly out from its dead body and fall to the ground.

After a second, the lights spawn some skeletons.

And then everything just goes to shit. The game gave me two herbs at the beginning that will restore a few spell uses, so I use one of those and start using the wider-range spells to take down the bonewheel skeletons, inadvertently killing one of the Lords in the process, which in turn spawned a lot more (thankfully not bonewheel) skeletons.

After coming close to death multiple times, using almost all of my Lifegems, and my other Amber Herb, I finally take down all but one bonewheel skeleton. With no spells left.

I fill up my health since I don't want to take any chances, and start rolling around it waiting for a good chance to hit. After it misses me, I backstab it for a shit 40 damage. After getting up it then steamrolls over me for about 80% of my health. Finally I kill it, end of the beta section (or I assume so, the exit door just leads to an impassable fog wall).

I have never hated and loved a game so much at the same time before.

Also this happened as I was walking back to the bonfire after the boss.

So hi everyone. I'm an uber casual playing souls games for the first time. I've been loving it and at the risk of sounding like the most casual babby on earth I'm going to write some stuff down.

I'm only up to bell number 2 on DaS 1 (pyromacer) and I'm still in Forest of Giants in DaS 2 (cleric) both on PC. I go pretty slow.
For me Dark Souls is the first game since Diablo 2 where I've actually been worried about dying (at least half of the time). Diablo 2 did it by having severe penalties, and Dark Souls death worries me because I know that I can easily die going back to claim my lost souls (thanks to respawns). Of course if I'm hollow, have already spent my souls and I'm near a bonfire the fear of dying is almost non existent but the times I have been worried, it's intense and gets the heart pumping.

I know I'll never get good enough to worry about builds (min/maxing), pvp and can't see myself doing a new game + (if I ever finish) but I'm loving it so far. I'm trying to avoid checking a guide as it ruins the experience but I have done it more then once. Just too casual.

Also in the character creator for 2 I managed to create a character that looks exactly like Luna from VLR so it gets a million points from me for that.

I've heard a lot of complaints about Dark Souls II, how is it overall? I heard some people say the textures weren't too good and that some bosses had some dumb gimmicks or something like that.

I hear the general consensus is: Disappointing as a successor to the series, due to Miyazaki being out of directing, but still a feasible experience overall, arguably above average