Well played spp. Didn't suspect you at all.

Spoiler:
You are the Famed Prosececutor Manfred Von Karma. You maintain a SMASHING record, as to the Von Karma Name, and Phoenix is challenging that. You work with the other Mafia Members Ambassador Alba (DA) and Matt Engarde (Nanon). Your spotless record is maintained mainly by dirty, underhanded tactics, so, you may Choose one person each night and plant evidence on them. If they are investigated that night, they will show up as GUILTY. You cannot use this power if you are the one making the night kill.

Spoiler:
You are Ambassador Querecus Alba, the representative of Allehebast to the United States. You’re also the head of an international Smuggling and counterfeit ring. You are in charge of choosing who is going to die, and who is going to do the killing with your Corrupt Prosecutor Ally, Von Karma (Vat) And Matt Engarde. (Nanon) You are old, but still quite fit, and You are a War Hero, so your combat prowess is unmatched by the rest of these fools in the courtroom, if you are targeted by anyone in the night, they will die instead. This will not happen if you are the one making the night kill.

Spoiler:
You are Matt Engarde. As you’re the one who actualy commited the crime that was on trial in the first place, you’re left with no choice but to join in with these guys, Von Karma (Vat) and Alba (DA) Your “Refreshing as a spring breeze” Reputation means that no one will suspect you, If you are targeted for an investigation, you will show up as NOT GUILTY. This will not happened if you are the one making the night kill. You’re also allways looking for ways to advance your agenda, and blackmailing the leader of an international smuggling ring will definitely help you. You cannot do that with Von Karma destroying any evidence left over. Get Von Karma Lynched or killed, and you will win the game when the mafia wins, otherwise, you will lose.

Spoiler:
You are prosecutor Winston Payne “The Rookie Killer.” Although, you’re the only one who calls you that. You’re the only one that calls you anything. No one remembers you. You figure that you’ll be top dog after this mess, when half the justice community winds up either dead or in jail. You win if you’re still alive when the game ends.

Spoiler:
You are Shelly. Shelly De Killer. International assassin, Every other night you can kill one person, but there is one person in particular you are after. Matt Engarde. The little punk decided he would blackmail you, and De Killer will not stand for that. You win When the game ends, and Matt Engarde is dead.

Spoiler:
You are Franziska Von Karma, Prosecuting Prodigy, and renowned “Girl with a whip.” If someone targets you in the night, a coin will be flipped, if it lands on heads, they will be hospitalized from whip wounds and be forced out of the game. In addition, each night, you can take someone in for questioning, and they will not be able to use their role that night.

Spoiler:
You are Miles Edgeworth. You used to think nothing but a guilty verdict mattered, but now, you look deeper, you look for justice. You look for the Truth. Each night, you can investigate someone, you will get their entire role, and you will not be affected by Mafia Framers, Godfather abilities, or other such roles.

Spoiler:
You are Detective Dick Gumshoe. As a police detective, You’re….a police detective. Each night you can investigate someone. If the person you’re investigating is targeted for a night kill, you will die instead. Once, during the day phase, you can choose one person to arrest. This will take both you and your target to jail.

Spoiler:
You are Pheonix Wright. You’ve also been recently shot in the leg, so It will take a lot for people to suspect you. You will not be lynched unless you are selected by a difference of 3 or more. As a Defense attorney, It is your job to protect people, and each night, you can choose one person to protect. You cannot choose the same person twice in a row. You work with your trusty assistant Maya Fey (Cloak) To find whoever’s responsible for this.

Spoiler:
You are Maya Fey. As a spirit medium, you can contact the spirits of the deceased. If you target someone and they die during the night. (By night kill, not by lynch.) You gain any powers they have. However, you will also gain their alignment. (Target a mafia member who dies, you become a mafia member.) You’re also Pheonix’s (Orion) assistant, and cheerleader for his cases.

Spoiler:
You are Emma Skye. You’re a forensic scientist. You’re good at seeing who was where, when, and what they were doing. You can target one person each night, and see who also targeted them.

Spoiler:
You are Larry Butz. “If something smells, it’s usually the buttz. “ due to your tendency for getting into trouble, if you are investigated, you will show up as mafia. You also get a new job (And a new girlfriend) Almost daily, and your powers will be determined by what job you have during that night. Do not question how you manage to get a job when you’re locked inside a courthouse.

Spoiler:
You are Shi-Long Lang. As an Interpol Agent, you have authority to work over the police. You have a tendency to act directly instead of taking your time, so each night you can arrest one person. You follow ancient proverbs, and using these ancient proverbs, you can gain insight. Once, you can learn someone’s alignment at random.

Wasn't told: If he targets the same person as De Killer, He dies

Spoiler:
You are The Judge. You are the unnamed master of justice. Your opinion is the only opinion that matters, so your vote counts for two. You also have control over court proceedings, so once during the game, you can stop a lynch.

Spoiler:
You are a Random Veiwer!You were here to watch a court case, now you’re caught up in…this. Sucks for you. However, you’re also a major courtroom fanboy, You like to stalk people. Each night you can choose one person to stalk, and you will see who they visited that night. Because no one knows who you are, if you are investigated, the result will be determined by a diceroll.

What he wasn't told: If you are targeted by Von Karma, You defect to the mafia's side.

Spoiler:
You are the great thief Yatagarusu! Or, as most people call you, Kay Faraday. Your main asset is your trusty Little Theif, Using it, you can confuse people. You are immune to night kills.

Spoiler:
You’re Peraly Fey, Just a kid, but you’ve got PHENOMINAL PSYCHIC POWERS. By that you mean you’re a spirit medium. Each night, you can contact the spirit of someone who’s dead, you’re not too experienced, so you don’t know who you’ll get. Your power will be chosen at random each night, if you choose to use it.

Spoiler:
You are Wendy Oldbag. You confuse and astound people with your long winded speils. Using this, you recently caused a Bus Driver to go insane and quit, so that’s your job now. You’re a Bus Driver. You can switch people.

Spoiler:
You are the Jammin’ Ninja! You can distract people at night with your song, making them unable to use their powers that night.

What he wasn't told: If you are targeted by Matt Engarde, you will defect to the mafia.

In a grand tradition that will soon follow, Someone roleblocks someone, but the guy he roleblocked didn't do anything that night anyway.

Leo got a random investigation. The framer was roleblocked that night, so, anyone he got would give an accurate investigation. Except Link. Amazing who he gets.
Aboi didn't do anything that night regardless~
Nor did Rolf!
And De Killer gets his kill stolen right out of the gate.

One of the few times A: A roleblocker does something, and B: Rolf sends in his target
His target dies, and the roleblocker saves Link for another night, starting out what will be the fabulous 3 villager loss of night 4.
AND Sppmlj cockblocked again.

Even if Link Hadn't been targeted by 2 different nightkillers, he still tried to protect Franziska, so a 50/50 chance he'd get his face whipped off.
Instead, He got thrown out a building. Along with Leo. Sppmlj Will not be blocked any longer!
And! If Orion had checked his skype, He would have protected cloak, instead of no one, and the village would have kept their vigilante and not lost their channeler.

Not much happened that night. As you can tell.
Infact. There weren't even any kills. All that happened was the mafia lost a man, and DA really should have considered that the night after a role reveal, whoever revealed themselves is going to be protected.
He didn't and Pheonix, orion, as a defense attorney, did his job at defending.

At this point, DA had lost his paranoid powers, being the last left, but, he was going to kill Rolf anyway.
And so was Sppmlj.
The attorneys liked the ambassador, however, with phoenix and edgeworth going to see him in the night.
Well, Phoenix would have, if Franziska hadn't stopped him, not like it would do anything. 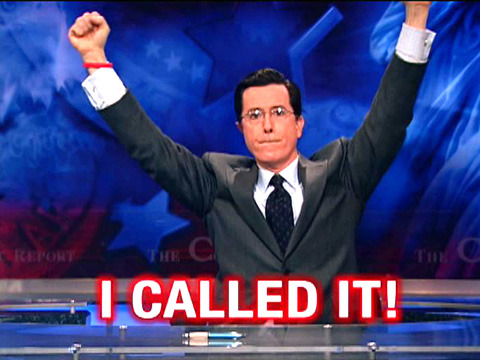 In all fairness, Leo confirmed my suspicion on Vat. Called Gamage as either mafia/third-party, but didn't guess his role.

Best Player: I'm gonna have to give this to Leo. He had figured out who the two mafia were, and one of the third parties, and incase he targeted Alba, had a plan set. De Killer and an unlucky Miller fucked that plan up, but still.

Best Mafia: As the only one who was decently active, I'm going to give this one to Vat. DA And Nanon barley said a thing.

Most In Charecter:Gamage. He was so good at being Payne, I forgot he was even playing for a while.

Most RNG screwed:Leo again.
Let me just quote him for this.

[8:22:01 PM] Leonidas Eliades: >Random investigation
>Land the one miller
>Attempt to kill him
>Blocked by Ment
>Try again next day
>Have Cloak target me, expecting to die
>Not the paranoid gun owner
>Die anyway
>Cloak dies because Orion didn't check his Skype

Being mafia is suffering

I never really was on the town's side

Orion... if only you'd checked your skype...

This round was pretty fun overall. Congrats to Spp for winning as a Serial Killer, because that's one of the hardest roles...even if he got cockblocked and the mafia did most of the killing.

It all worked out here but I think we should avoid multiple third-parties in the next rounds.