I can only settle for the limited edition.

I was off by approximately one dollar and ten cents

this is the best way to start my morning. With a nice, hot, fresh cup of DESPAIR.

THE POWER OF GIFT CARDS.

And in the meantime have some best archer.

when that CE gets here I'm ditching Leo.

So you're a gold digger? You're gonna break his heart, you know.

Just as well, Granberia just sent me a dead body as a warning.

I CAN'T HEAR YOU OVER THE SOUND OF THE TALES OF XILLIA CE SHIPPING CONFIRMATION.

Alvin is my husbaundo. None of you can have him.

My exact face as the CE got here, I opened up the box, got my Milla Maxwell figurine, and the game, and everything with it.

now to never hear from alpar again due to tales of story,when he returns he owes us more waifus and stories.Maybe some coffee.

LET US CELEBRATE THIS JOYOUS OCCASION WITH COMPARISON PICTURES.

But first let's thank Leo. Thank you Leo for the extra two dollars I needed ;3;

And Zink for giving me the game first in Japanese when I really really wanted it, that was such a bro gesture <333

You can see for whatever reason they made the Murrikan version more light overall. It's not just a lighting problem with my house or camera, I checked.

https://2img.net/h/i1125.photobucket.com/albums/l594/DaddyMcTwohats09/2_zps776e8165.jpg
And here we have one of the best parts of the whole deal, the beautiful figurine. That alone should've cost over a hundred dollars, Bamco is being really generous with this CE...
and if you wanna know the number, it's 24 something something something, I'm not digging my box back up.

Dunno which I prefer, they both actually look pretty cool. But I think the winner is the Japanese box because

https://s1125.photobucket.com/user/DaddyMcTwohats09/media/4_zpsb907f99d.jpg.html
THIS IS THE MURRIKAN BOX WITHOUT THE GAME AND THE ONE PIECE OF PAPER THEY LEFT IN THERE

https://s1125.photobucket.com/user/DaddyMcTwohats09/media/7_zpsb02463d9.jpg.html
Murrikan box with the one piece of paper it came with and the disc.

EDIT: Deleted because I forgot in my hype it came with a costume code. I'll reupload it when I use it.

And that's all.
Once I finish marathonning Dark Souls I'm headin straight for this one.

I used my phone camera, nigga.

So I finally decided to give the game a shot today. It's literally at least about four or five times better when it's in a language you can comprehend.

I'm also convinced that Alvin is the Dante of this series.
Works for money.
Large sword and firearms.
Dat witty attitude.
And the fact Tameem would claim he'd be laughed out of a bar out of Japan in this modern age, and his edgy counterpart would be better.

Not really. Baba serving the Japanese audience primarily doesn't come as a surprise. I hear smartphones are really popular there anyway.

Even so, fucking smartphone games. 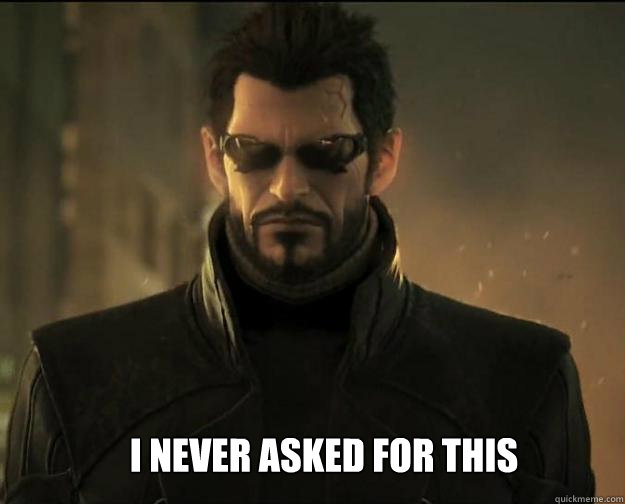 Do Jap phones even have buttons? How are you gonna play a tales game with only the touch screen?

Not that it matters since it wont ever get translated.

My one had the standard 12-pad, and then four menu-ish buttons. But from my experience at Kobe uni almost everyone all students had iPhones.

So a quick and totally not sleep deprived review:
First of all, the scenery and whole world of Xillia is beautiful. It's been some time since I've seen a game come even close to how awesome Rieze Maxia was.

Secondly, all the characters I loved, not a single one of them was meh or simply decent to me. They didn't feel boring and all of them had their strengths and weaknesses.

Which brings me to my third point. Leia. Maybe it's just the fact that Alpar hyped her up so much but I could not see for half the game why he called her the best Tales girl. Eventually she really did grow on me, definitely waifu-able, but I find her better as a fembro and someone I'd enjoy having as a best friend.

Who would I waifu out of Milla and Leia? Honestly, I don't know. Each of them has something appealing to me that the other doesn't. But that's enough on that point.

Let's talk a little about the battle system. Oh, I felt quite at home again with this battle system. It just felt more natural to me than Graces did, which isn't to say that Graces was bad, it's just how I feel. I takes a bit of what Graces did with AC points and mixes that with a bit of old school. To me, this felt right at home for me but was still a fresh experience.

Audio, well I can't say too much about it, but it was good in my opinion. Plenty of different themes to set the proper tone where you went.

Well I suppose that's all I can come up with in this short period. Definitely a wonderful experience and well worth several nights where I could've been sleeping better.

Guess I'll try and take down these extra bosses before I put it down for a while. Dragon's Crown has been waiting a long time for me to play it.

Oh yeah! Most honorable final boss I've fought in quite some time. I really enjoyed fighting him. Can't decide where to place him when it comes to Van. Then again, Grand Fonic Hymn can't be beat. So it's a close second.

And since spp already claimed Gaius earlier, Alvin is mine by default.
Did I mention I had a heart attack from that scene between the two of them before the final battle? Elize is too pure.

Hunter Axel wrote:
Who would I waifu out of Milla and Leia? Honestly, I don't know. Each of them has something appealing to me that the other doesn't. But that's enough on that point.

The correct answer is Driselle

mfw her link artes with Alvin

Hunter Axel wrote:
Who would I waifu out of Milla and Leia? Honestly, I don't know. Each of them has something appealing to me that the other doesn't. But that's enough on that point.

The correct answer is Driselle

Mfw you guys are disagreeing with my ABSOLUTE FACT humble opinion that Leia is best girl.

I would like to say though that I think voice actors made a difference. I absolutely loved Leia's Japanese one and it made it a lot more HNNGH-worthy. Not to say her English one is bad but you know.

Anywhosits, I only really had three complaints. The first one I had about the game as far as I've played is that the dungeons could have bothered to be a little more complex, have some more mechanic and life to them. But I don't mind, Rieze Maxia really is a beautiful world, while managing to set itself apart from the generic JRPG ones that look good. It certainly has its own style and it works.

Oh, and my second complaint is that people needed more link artes aside from Jude and Milla. But that's fixed in ToX2 so I suppose I don't mind. There's still a good amount of content for the first game as it is.

Third is the obvious lisp complaint. But I guess it does kind of leave in time.

Axel already said quite a lot about the positives as it is so I guess I don't need to add on that.

Although I won't be able to play it for a while because lolbusyschedules and I'd have to wait until winter break to really get to it. But I can wait, I already beat it once in Japanese.