Well, I finished episode 6 of Idolm@ster.

I think what sets this apart so far from a bunch of the other anime that also have "slice of life", "cute girls doing cute things", and other such similar tones, are that (with the exceptions of the oddly paced first two episodes), the characters and their behaviors don't feel hamfisted or braindead. What's even better is that I think this show gets right what I'd like to see in more fictional friendships, being that they feel significantly more like family. To me anyway. Not sure if anybody else got that impression.

It also helps that everyone here is actually working towards a goal, and you can see them legit trying to (unlike certain anime that pretended it wanted to for an episode.) I'm really liking what I'm watching so far.

Getting past the fact that episode 1 was just plain introductions, and episode 2 were Twin+Iori focused, this is surprisingly much more fun to watch than I expected.

EDIT: Finished episode 7. Despite Iori's general bratty attitude, I guess she has her moments when they count. What she did was actually fairly sweet.

For me, this revs her up to mid tier. Nobody's left in a low tier position now so...

How do you people hate the twins? Dislike, maybe I can get (not really, kind of a stretch), but hate?

I don't hate them. They're not top teir, but not bad at all.

I know, I meant that for Leo and Phoenix specifically. They're not even prominently on screen enough to be annoying.

Also episode 12 finished. I also LOVE how easy it is to sit through these episodes, they're not a chore at all.

I was planning on it from the beginning

What I got was a prolonged torture that justified my reservation in Hell.
No man should endure that torture.
No man should have to see a montage of what it would be like if his love life was that innocent, if he was given that one chance to love.
No one...

I went into it expecting to see Makoto having kind of a fun time, what I got was a lifetime of sadness. 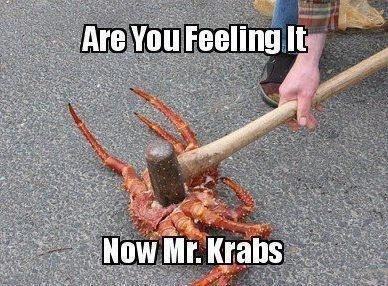 http://www.animeseason.com/the-idolmaster-shiny-festa/
And here's the extra OVAs for those who have finished the anime.

I finished all 25 episodes of the Idolm@ster anime.

Anyone that thinks this show is anything short of fantastic will have an appointment involving my fist in their face and my foot up their balls.

Caelun_Niveus wrote:http://www.animeseason.com/the-idolmaster-shiny-festa/
And here's the extra OVAs for those who have finished the anime.

https://www.youtube.com/watch?v=FyVciwzTfes
And another short OVA for Live For You (which is before Hibiki and Takane were introduced)


So IdolM@ster is a video game, why isn't there any of it on Halolz?

Done and done for all 2 people that may care.

>Unironically placing this subhuman scum above anyone else tier:
Kuroi

Why does Yukiho have two voices? And where can I find that music video of Overmaster?

Seiyuu switch between games 1 and 2.

Since this thing refuses to stop giving me hard matchups... final answer.

I already posted the link. Share your results, man.

I posted my top 3 in Skype but here's the full scale.

I'm a bit surprised that Azusa is so low, but other than that I think it makes sense.

I'm not really a big fan of Ritsuko in general and I don't really know why.