Yoooo let's do this! [Vote DA] in honour of his glorious return!

I'm going to tryhard this game because this is obviously the best time to do it.

OH RIGHT THIS IS A THING

The first vote was underway. Or, it should have been, but some dumbass was causing a ruckus.

"SONIKKU! SONIKKU! MAKE ME YOUR WAIFU!"
"Just cause it rhymes don't mean it's gonna happen!"
"SHUT UP BAKA. MY HUSBANDO WILL KICK YOUR SHIT TIER ASS."
"Oh my god can we just kill it already?"

With a flying karate kick, one of the vaguely unrecognizable blurs knocked Tael back into the Netherverse. 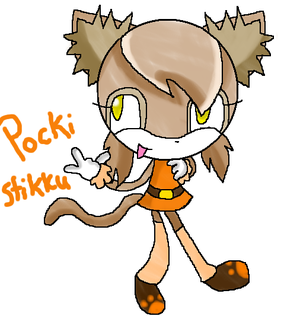 You have amazing average cat abilities, and a magic chocolate wand called the Choco Choco Rod~!

With this rod, you can splash liquid cocoa in your attackers eyes, causing them to randomly target someone else! You win when the "Good Guys" (Mafia) are defeated!

"You wanna shove one of them into the portal when they have their backs turned?"
"Nah, it's fun watching them fight. How can we tell who each other is again?"
"Magic."
"Ahhhhh, right. Magic."

A little digimon tried to shoot a fireball at his target.
All it produced was a puff of smoke.

And off he ran into the night.

AND NOBODY DIED THAT NIGHT

Y'know, getting killed day 1 is getting a little boring. It's happened in 3 out of my last 5 games.

Well, at least we gained a little from this round. Not game wise, but morale wise. Pocki will not be missed.
( Rest in Pieces Tael ;_; )

Only suspicious thing about last round is that Nale actually broke a tie. :P I'll roll with that for the time being. ^__^
[vote mrnaleit]

Goin on the pattern,  I'm gonna have to say

Holy shit you're right. I HAVE BROKEN A TIE. THE ONLY WAY TO EVEN HAVE A CHANCE AT REDEMPTION IS TO COMMIT THE DEATH OF THE SELF.

"Hoooold meeee~, whatever lies beyond this mooooorning-"
"OH MY GOD STOP SINGING THAT SONG YOU'VE BEEN SINGING IT FOR 3 GOD DAMN HOURS."

While Simple and Clean is a great song, having it on loop in the wrong accent gets annoying fast.

Nale was quickly beaten unconscious and tossed into the Netherverse.

Nale should have invested in a third song

Role:
Nale, you are Nikki "Nikkell" the Hedgehog 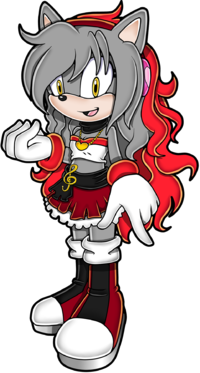 You're actually fairly tame for a Sonic OC. A singer and adventurer, you recently re-invented your look to match your personality more.

You can target a person each night and use your singing to draw their night action to you. You have a 30% chance of surviving a night kill using your adventurer know-how. You win when the "Good Guys" (Mafia) are defeated.

WHAT HE WASN'T TOLD:
You're such a normalfag, none of the crazy dimension-traversing gods believes you're one of them. You are also a MILLER.

"Alright, let's start getting rid of them. The novelty wore off pretty fast."
"Imagine being stuck with them for hundreds of years."

They began scoping out their prey.

Jumping their target, they quickly dragged Zink over to the portal and tossed him in.

They split up, ran off, and joined back up in hiding later.

"Did any of them even try to stop us?"
"Nah, they're edgy anti-heroes, they don't do that ally thing."
"Damn, can I do that? I've got a fucking herd of them."
"Sorry, you're already established. You'd need a reboot for that."
"Hmmmm..."

AND THAT'S HOW SONIC BOOM HAPPENED

Zink should have afraid of them

Role:
Zink, you are Egadmon 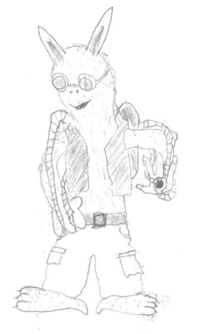 Egadmon is quite intelligent and a good strategist to boot. eh can easily outsmart most of his foes and doesn't afraid of anything.

You can use your gas canisters to inflict a laughing attack on your enemies, rendering them stumped for the next day. You win when the "Good Guys" (Mafia) are defeated.

Zink was my next idea and he's...well he's dead.

[vote no lynch] for now.

Uhm the activity of thise round is far from stellar. I thought that Nale's tie breaker vote was a sign that he was playing differently (i.e. Mafia), but I guess that I was wrong. At least we got a miller out of it. :/ No one else voted for Nale, which leads me to believe that Mafia just let us lynch him. :/ That said, I don't have anything else to go on. I'll be really busy today so I probably won't be able to vote later on. Therefore I'll throw a gut instinct vote on DA. (nothing else to go on than that) [vote DA] If anyone else has something more to go on, by all means claim away.

Fiiiinally town and then I'm the first mafia target. Waa

[vote Stalin] My gut tells me this is a communist plot for some reason.

Waiting for Cloak to get on skype so I can get some clarification about my role and then I can start being more active.

[vote no lynch] for now

Yeeeeah, I'm kinda with the communist here. There isn't enough evidence to make a sturdy vote. [vote no lynch]

Hmm... something's not right about this sudden influx in no lynches... but then again, something's off about these votes..

THEN AGAIN, MY INTERNET IS CRAP AND DIDN'T LET ME VOTE FOR ANYTHING LAST ROUND
[vote no lynch]

"... what, nobody's going to be an annoying little shit today?"
"Well, you tossed the last two into the Netherverse. Not exactly a good idea, is it?"
"Wait a minute. I haven't heard anything from that guy in a while."

They're pointing at Axel.

"So? Maybe he's just a quiet, brooding guy."
"No... there's something about that fucker I don't like. Fuck that fucker."

Axel was punted by the seat of its mangy pants through the portal and the day continued.

Axel didn't have his head in the game.

Role:
Axel, you are Nova the Oh God What The Fuck

It hurts to even look at you. What the fuck even are you? A cat hog or something?

You're so eye-bleachingly terrifying to behold, anyone that targets you gains a 40% chance of botching their next night action as well as the one targeting you. You win when everyone can't scrub the image of you out of their corneas (survive until the final night).

"Okay, that's probably not going to work again. Let's have an actual plan this time."
"I'll get on my hands and knees in front of the portal, and you push them backwards over me."
"That works."

Geno was chilling near the portal, minding their own business.

"Howdy camper! How's it going?"
"I know it's you, doughnut. Nobody talks like that except you."
"... welp, guess I won't feel too bad about this then. POCKET SAND!"

A handful of sand blinds Geno.

Threat cut short by a fist to the gut, Geno tripped backwards over a mysterious assailant and went tumbling through the portal.

"Why is this so easy?"
"I think the EMP Storms in the Netherverse may have screwed with their minds a bit."

Geno tripped the fuck out

Role:
Geno, you are Verin the Renamon

Being a Renamon knockoff, you naturally have a great rack and hips that don't lie. However, your years of mercenary work have given you the skills to use those looks against your enemies.

You can bus drive two targets with your feminine wiles. Additionally, you have a 50% chance for your erm... "Flak Jackets" save you from a night kill. You win when the "Good Guys" (Mafia) are defeated.

Since it won't embed, here's the role picture that should be with Geno's role.