Since it won't embed, here's the role picture that should be with Geno's role.

Rest in paces you fucking sonics

Okay, so... I am still alive this late in the game for some reason... Night 1's night kill was denied... and french voted for me when I was the only one who voted for him, so....

I feel that Link is the mafia here.
If Axel wern't dead right now, the people alive would consist mostly of people who are mostly inactive, just a stay post on no lynch or nothing at all.

Who's the one that always kills off the active people and takes the win at the end? Link.
It's a good stratagy in general, yeah, but Links the one that does it most often.

Well I tried to get in contact with Stalin and it's kind of hard for me to believe that he can go a whole day without answering me and still pitch an accusation at Link after the night kill. The way I see it, one of them is mafia and Stalin is too smart to put a vote on somebody based on the pattern of how they play WHEN they're Mafia, without actually knowing 100% if that person is Mafia. Stalin wouldn't throw accusations without good reason, and "He's doing what he does when he's mafia" is not a good reason.

I don't particularly trust Aboi either.
Since he offered me an alliance.

And what he did just last round, when he was mafia was...
Offer me an alliance.

Hmm....well, since it's lylo, I might as well reveal I am the doctor. According to my role I protect from all night actions and I've protected me, DA and me again cause why not?

[vote Stalin] because I feel like he was trying to pull a fast one with a reason as weak as that.

The thing being, is that it is Lylo.
We've got nothing, no investigator has come forward.

And this is the time Mafia would role reveal and try to bandwagon a lynch on the villagers.

Well I'm confused why we had 2 deaths when we voted no lynch. Shouldn't Geno still be alive if one of his buses saved him from a NK? >_< Did a vigilante make a kill or something? :S
I'll back up my reason for why I voted for you DA last round. You voted for me. :/ No other reason tbh.

That said, as much as I wanted to bandwagon votes on DA for that simple reason, I'm pretty clueless and this round is lylo. I'd rather we role reveal rather than lynch someone on a hunch. Usually I have a good feeling by now, but atm it's a tossup for me between Stalin and Link and DA and I'd rather not make the wrong choice. :/ (After the last round where Aboi was being so defensive/suspicious, I really don't get the vibe that he's Mafia this round). Link and Stalin are really good players though, so I can't get any info from either of them, and well I'm just not sure whether DA's being a clueless towny or a clueless mafia. From past experience, he's hardly been the most stellar player on either team. >_< I'd rather just not get played.

That said, I'll go first. I HAVE NO INFLUENCE ON THIS LYNCH. I'm the voteless bulletproof townie. That's why tonight is a coin flip unless we have a double voter. (assuming that there's 2 Mafia for 10 players, and not 1; the game would have been over if there were 3, especially with a voteless) If a vigilante feels the need to NK me to test my claim, by all means try.

To put it simply, there is a .1% chance of Stalin being not-mafia, based solely on because he's being a shifty motherfucker and he's pitching blame on the one person who can logic the town into voting for him while planning to nightkill me tonight. French I'm currently having to assume is mafia because I can't prove that his vote does nothing because Votebot wipes earlier posts. DA is either being silent clueless Mafia or Clueless Town.

I'm going to feel a lot better about French if he puts a vote on Stalin first, despite the fact that his vote "doesn't count." I also desperately need Link to do something.

Stalins getting MIGHTY defensive after being accused of mafia.

And you all know what happens afterwards every single time Stalin was revealed to be mafia.
That, and French's claim is actually believable due to how his votes didn't influence the tally whatsoever (mainly because they were meaningless votes, too).
[vote Stalin]

Aboithagameboi wrote: French I'm currently having to assume is mafia because I can't prove that his vote does nothing because Votebot wipes earlier posts.

Actually Aboi, it doesn't wipe earlier posts. You can check the tally by clicking the voting history spoiler. Rainboy's bot is a masterpiece. <3
As for voting Stalin, I'll do it, but it doesn't change a thing from my end. :/ The vote is still decided by you guys, not me. It's pretty much instalynch at this point eitherway. With this lylo, I hope that the game hasn't ended when I check the threat tomorrow morning. [vote stalin]

Yes my reason was weak but It was lylo, man.

He's using some sembalance of logic! Lynch him!

Guess who was mafia?
[dusk]

[story Original the Character, Do Not Kill]

"All right Doughnut, time to go."
"What are you talking about? That's just what I look li-"
"We found a note from Verin. Yer pretty much screwed at this point."

Grabbing him by the arm and tossing him like a frisbee, Stalin caught some sick hangtime before passing through the portal to the Netherverse.

"DON'T FUCK THIS UP, BLUE NUUUUUUUTttttsssss"
"Finally. Now, to find Dad and rule the universe!"
"*Multiverse."
"SHUT UP."

Stalin almost got away with it

Role:
Stalin, you are the Original the Character, Doughnut Steel You're a bad enough dude to save the Mobians from the forbidden ones! After being tossed off a cliff, you hid out under false name until the moment was right. Now you've escaped with them, and are ready to get your revenge and save the world!

Your night kills penetrate all protection, and you have an ally (SANIC). You win when all the Forbidden Ones (Townies) are locked back in the netherverse where they belong!

"Alright, just three more morons to get rid of and I'm home free..."

Sonic crept up behind Aboi with a banana in hand.

Abusing the glitchy physics engine, Sonic tricks Aboi into dashing through the portal.

"UR A FAGET!!!!!"
"I'm the faget that kicked your ass!"
"NOOOOOOOOOOoooooooooooooooo"

Aboi should have lifted more

Role:
Aboi, you are Kojack the Gorilla

You were created from the DNA of Knuckles and Big the Cat, but your power was too great, so you were sent to the Netherverse by Neo Eggman!

You automatically role block anyone that targets you. You win when the "Good Guys" (Mafia) have been eliminated.

NO STALLING
LYNCH ONLY
FINAL DAY-STINATION

IF I'M GOING DOWN I'M TAKING YOU WITH ME, FUCKER

Well as I said yesterday, I'm voteless. :/ So even if Mafia got roleblocked yesterday by killing Aboi, the game ends tonight. :S

Yeah, see, you say that but I don't trust you. You say you're a voteless bulletproof but my role could be played as a bulletproof and I'd still have my vote. Apart from that, there's no proof you're voteless as you say and finally, if you're a voteless bulletproof, I'm the doctor and DA's the mafia, A) who the hell was the failed vigilante on night 1 and B) Who the hell is the cop? Or was Nale's miller Status just a ruse by Cloak?

Also, if DA was the mafia, why didn't he vote for me since the mafia had a 75/25 chance of winning if you were voteless?

Sorry, nope, I'm not buying it. I smell a ruse. Never trust a Frenchman. [vote French]

I seriously hope I've not over thought this and cost us the game.

Game Over
Return of the Forbidden Ones
[dusk]

And then French, Link, and DA ruled the world forever mor-

"STOP RIGHT THERE! THIS ISN'T CANON!"

Silver had appeared through a portal in time...
And promptly fell to the ground as his powers were sucked away.

"The fuck, man? Is that an EMP storm? Who left the door to the friggin' Netherverse open?"

Silver punts both of the OC's into the Netherverse.

"YOU. QUIT LETTING SHIT LIKE THIS HAPPEN. CAUSALITY IS FUCKED UP ENOUGH WITHOUT THIS SHIT HAPPENING."

With the EMP storm blocked off from Mobius again, Silvers powers return, and he heads back to the future.

Tails, Knuckles, and the rest of the peanut gallery finally got their asses in gear and showed up.

"You're 5 days late. I already kicked them all back into the Netherverse single handedly!"
"Wow Sonic! That's impressive!"
"Ya couldn't leave one or two for us?"
"I don't need to call you guys in for every little incident that pops up! I can take care of myself!"
"Did someone say there was an incident?"

From a strange hole in the sky, an odd girl wearing priestess clothes descended.

TOWNIE VICTORY
(But the Canon refused to change)

DA would have won that shit if he weren't vanilla

Role:
DA, you are Bureizu 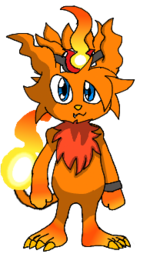 You are just... so god damn adorable. And you're undergoing training to toughen yourself up!

You can make a foolproof nightkill every night. You win when the "Good Guys" (Mafia) are defeated!

Link saw through the frenchmans ruse

Role:
Link, you are Blisscord 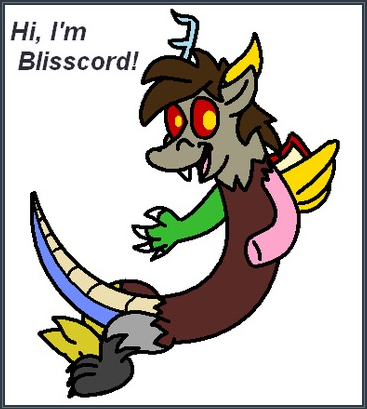 You are the son of Discord! You share your fathers powers, but only use them to promote peace and harmony because you're cool like that.

Every night, you can protect one person (yourself included) from all night actions. You win when the "Good Guys" (Mafia) are defeated!

French Connections had some Plot Armor

Role:
French, you are Sonic the Hedgehog 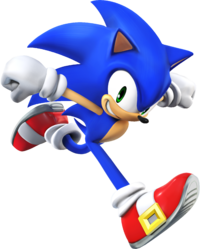 You're the original character! There are just too many damn extra characters here and you're doing some culling!

Your extreme speed makes you immune to all night kills, and it takes one extra vote to lynch you since the original is so much more impressive than the copies. You win when the Forbidden Ones (Townies) are back in the Netherverse where copyright laws can keep them contained!

GG Y'ALL
AWARDS UP NEXT

DA Himself.
He targeted Stalin for a Nightkill night one, and French night four.

Axel.
He was on the road to victory, but inactivity caused him to catch a case of the death.

Link.
He saw that French never really was on your side, and placed that final vote.

Me.
You shoulda seen the looks on your faces.