Seems like one of the more clever people is always mafia, Mentlevotan.

I have no idea what I'm doing.
RNG says Scept. 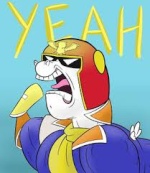 It's not scary.
It's Vintage.

Leo voting because it's his first game back so clearly he must be lynched.

Spp vote simply due to spite from previous round

There's always loads of random voting on the first day. But no-one EVER votes for me!

Maybe because you're a pretty cool guy and no one wants you dead.

I remembered the round started!

Spp voting to save my sorry backside.

Nyu votan because I agree with Orion

What, you didn't get an awesome role this time?

Eh, I don't see why not if he is really a vanilla.

So who's left in the pool of voters? Who!?

Stalin. Because he never votes on the first day.

I might not be able to get back to civilization until sunday, going to visit family I barely know/care about. Just a warning for tomorrow.

Oh, that reminds me. I've got some nasty weather heading my way during the weekend so in case no one hears from me, that's why.

But first, I'm going to address something that I forgot to mention (because it rarely shows up). Any vote you place against yourself will be treated as an abstain. This is mainly because of the way votes are placed.

Beginning of the Second Assault

The battle rages on for hours. Great Fox takes out some of the larger ships and Cornerian fighters take out most of the venomian Fighters. Eventually, the Venomians retreat just as Solar begins to set.
"Ok, who was shot at the most?" The commander inquires.
"Hmm....it came pretty close between Scept and Spplmj but it looks like Spplmj was shot at the most."
"Very Well." He leans over his console. "ROB 64, take down the fighter designated Spplmj."
"Affirmative."

The Fighters spread out and begin returning to base. They all boost forward except Spplmj and the Great Fox fires a laser at him. It hits the ship directly and the wreckage crashes down onto the surface of Katina.
A little Vehicle then zooms out of the base towards the wreckage and scans the area. After a few minutes, it picks up a box and returns to the base. It drops the box in through a small slot near it's storage area. The box is then taken to the command room.
"Now we see if they chose well. Display the black box's recording of the last 5 minutes."
Almost as soon as the image appears on screen, they realise they made a mistake and killed one of their recruits.
"Goddammit. All Pilots be prepared to deal with Venomian reinforcments. We chose poorly."

AFTERMATH OF THE FIRST ASSAULT
"Excellent, they got one of their own. But we can't just wait and hope they all kill each other. We've got to help them."
"So, should we move out and start planting more bombs?"
"No, only one of us should leave and we're only going to plant one bomb. We have no idea when they're going to start attacking again. Anyway, I doubt we'll be the only ones moving about at night and we can't allow ourselves to be seen."
"Ok, so who do will we blow up?"

The sun begins rising over the Base and it's not long before the alarms begin blaring as more Venomian ships start approaching the base. Shortly after the alarms start, the cornerian fighters begin launching from the base. Scept's ship doesn't get very far before it suddenly explodes.
"Damn, I was hoping they wouldn't do that. Send the recovery drone and get the black box."
The drone zooms off to the wreckage of Scept's ship. After about 20 minutes, it returns without a black box.
"What happened? Why couldn't it find the black box? There's no way it was destroyed."
"Commander, it's possible that whoever sabotaged the fighter may have stolen it's black box."
"What? This just keeps getting better, doesn't it?"

Spplmj was incinerated by friendly fire.

Enemy forces have infiltrated the Katina Outpost while Star Fox was helping in a training mission for Cornerian Army recruits. Now. the Venom army is attacking the outpost so Starfox and the remaining Cornerian Army forces must defend the base while eliminating the infiltrators. Each day, you will vote to decide which Cornernian fighter the Great Fox will shoot down after the Venom Army has been repelled.

You win when all infiltrators are eliminated.

Scept blew up but his identity remains a mystery.

BEGINNING OF THE SECOND ASSAULT
Voting ends on the 8th of September at 3PM EST.

Hm... either Scept was a weird role, or we're looking at a mafia member that obscures the role of dead people.

I really don't have anything on anyone, but something is nagging in the back of my head about two people... one of whom is Nale.