Mentle, I swear, if you are mafia, I will make entire post of facepalms for not trusting my gut.

Lockdown.
Game Over.
Need time to make the update because I have shit to do.

It was a solemn occasion. There were a mere 4 suspects left. If they chose wrong today, there would only be one person left against the criminal. Mayor Mentlegen sighed. “Okay. Let's count the votes. Commissioner?” “Just let me open it up...” With only 4 votes left to count, it didn't take long. “Stalin, it seems you're up. Come up and claim your handcuffs.” “What? It's not me, it's that crazy old bird, Phoenix!” “Quiet! I was out at the cemetary with Phoenix last night! There's no way he could have killed Spplmj!” “And I was at the police station keeping track of the ankle bracelets!” Officer Zyquux had been humiliated enough. “It's over, Stalin. Come in peacefully.” The commissioner stepped toward him with a pair of handcuffs. “Damnit... DAMNIT!” Stalin bolted for the door. *BANG* “GAH!! MY LEG! YOU BI-” A prompt interruption by a feathery fist to the face. “I'm not crazy. I'm ECCENTRIC.” Bell rung and leg shot, Stalin had no choice but to submit. “Damnit... you'll pay for this...” “Not for at least 25 to life, we won't.”

“Are you sure this will work?” Mentlegen was skeptical, to say the least. “Of course I'm sure, why did you think I sent that thug out to find it?” Phoenix was holding a coffee mug with a picture of Jesus on it. “Oh, Holy Grail, please grant our wish and bring our dearly departed back to us.” Nothing happened. *sigh* “Well, I guess it was worth a sh- OH MY GOD!” Suddenly, a beam of light and a few drops of coffee shot out of the mug. The earth in front of the graves stirred, and out of the ground came Zink, Leo, Scept, and Spplmj. “I... I... welcome back.” Nobody was going to believe this one.

Back at Town Hall, everyone was gathered for Mayor Mentlegens speech. “Through perserverance, more than a little luck, and a completely absurd series of events, we've all come through this alive. I hope we can continue to work together for a better futu-” “Excuse me...” “Oh, yes... hehe... also, with Mayor “Axel” McMonkeys revival, I'll be handing the office of mayor back to him.” “Thank you, dear. Good work, everyone. I'm proud of you all. Now, we've held you here long enough, get out of here. Go have some fun!” And with that, the group left town hall to go live their lives.

The Prey have chosen correctly, and lynched the final Predator. All corpses were retrieved, repaired, and revived succesfully. This experiment is considered a success. Good job, all around.

Subjects still have no idea that they are the actual experiment. Lab conditions remain SMASHING. These two seem to be SMASHING for the public eye. The Director has a great eye for potential.

Who watches the watchmen indeed.
Stalin paid the price for making the host look like an idiot.

Spoiler:
You are a cunning and powerful TIGER.
You went in to town early as a scout, and the suckers didn't even suspect a thing. Of course, now that its hit the fan, you're looking pretty suspicious.
You're hoping to use the confusion to off and take over from that twitchy-nosed bastard, Vatonnage.
Win with Vatonnage dead, and you win with the mafia. If (squirrel) is still alive at the end, you lose!

Mentlegen stepped down but got to keep the pay increase.

Spoiler:
You're an intelligent and graceful CAT.
You became Mayor of this town when the Predators killed
the previous Mayor. You can choose to stop the Lynch up to
2 times, but not consecutively, and not for the same person
twice. Your sense of fairness prevents you from stopping the
lynch to save yourself.

What those two weren't told: If the game comes down to a 1v1 Cat Fight between them, the result is determined via d3. A 1 means they both die and the game is a draw. A 2 means Mentle and the town wins. A 3 means Stalin and the Mafia wins.

Phoenix did a fairly good job this time.

Spoiler:
You've been like a parent to many in town. Taking care of them
when parents are out, playing with them as children... and
they love you for it. But you're not done taking care of them
just because they're grown up.
Every night, you can have someone run an errand instead of
their usual night business. They'll be protected from
nightkills, but unable to use their ability. If you end up
dead, then everyone will attend your funeral the next day,
preventing the lynch.

Spoiler:
You're a somewhat sloppy, but reliable PIG.
You run the tracker bracelet computer, and thus, theoretically,
know where everyone wearing a bracelet is at all times. However,
you can't keep track of the whole town at once, so you've decided
to see who visits one person each night. However, you have no idea
what's actually happening since they're just little blips on a map.

What he wasn't told: Due to excessive bullying as a youth, the Platypus, Spp, became an Introvert, and communicates primarily via internet and phone. As such, you will not see him when he busses your watching target. You WILL, however, notice the switch.

Phoenix sends Leo out for eggs

You Wa BLOCKED: Scept
I'M SO SORRY, I WILL NEVER MAKE THIS MANY ROLEBLOCKERS AGAIN.

Curse of the Survivor: Zink
Come on guys, this is getting ridiculous.

That Almost Worked: Stalin.
He levied your expectations of Phoenix Fuck Up and Cloak Logic against you.
You seriously thought I wouldn't put in a doctor?
And 2 roles that could use a selection of abilities depending on luck?

Psychic Award: Nyu/Stalin
Nyu: "Abstain the Sly sonnavabitch",
when one of the roles made a reference to the Raccoon of the same name.

Stalin: "Un-BEAR-able"
on the night of nyu's death

Most Fun to Write for: Phoenix
Dem night actions.

Well played everyone. I actually had to think about this one. 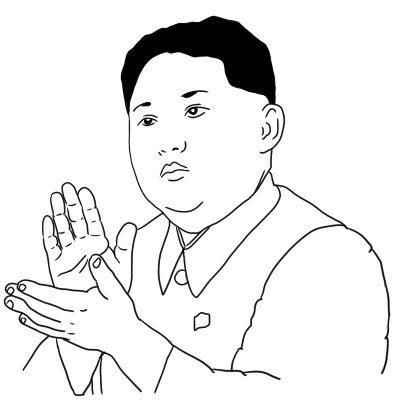 I am impressed beyond words. Though I am not as emotionally afflicted due to my easily losing role....and my horseboner luck.

Impressive game my fellow gents. This calls for a classy celebration, with fedoras and vests.
An Octavia is fine too

Well done everyone! I knew Stalin looked suspicious after at comment when Zink was killed.

Welp I have to get back to mayor duties, so see you in the next round.

EES FUNNY TO ME.