Scept wrote:I was actually hoping for a townie win. It bothers me that Shawn still has control of our forums.
I don't like bad ends...

Not sure if true with that mafia team :O

Also, gg guys. Gz to "Shawn's" team, also I loved the idea of taking people's character/personality traits/status and turning them into roles with their names; hopefully I'm known enough next time to become a role. I'm genuinely interested to see what kind of player/person people think I am and what's gonna happen later. Great game and nice creativity. I don't know if I should question the balance, all in all a lot of important roles were molested r1 already the mafia was really lucky in addition to Mentle who seems like an excellent player and a competent leader (no offence to the others, I just think Mentle stood out of the crowd the most in the mafia team) - you probably all planned it all behind the scenes :D. Cya round 47 guys!

Leo E. wrote:In the end, nothing can properly portray my feelings. 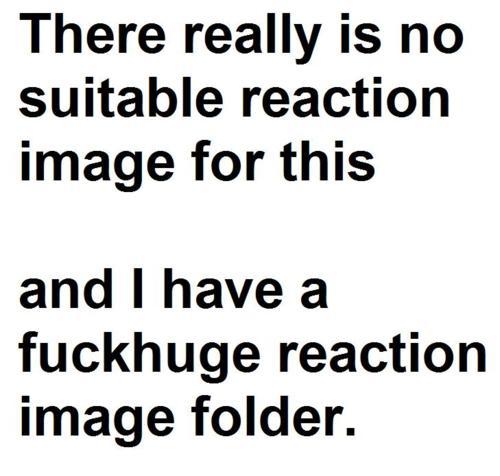 Zyquux wrote:Wow, the mafia was kinda overpowered. A mafia roleblocker, mafia bulletproof, and a mafia investigationproof? There is almost no way to kill them except by lynch. Even worse when combined with a weak doctor.

I'm just emphasizing this because I think I have some ideas for a mafia round I'll never host.

I kinda expected Massive and Mentle, having almost killed Massive before getting caught up in that whole survivor thing. Which, again, ended with Mentle, as mafia leader, getting people to lynch a survivor when there was absolutely no reason to at that point in time.

>Not Majora's mask round
The Star fox round was a vast improvement. The biggest mistake there was buffing the framer. It was bad at worst.

Anyway, your balance wasn't horribad. Most of the town's problems occurred from the 3 most powerful townies dying instantly and French being replaced with Mentle.

It was just a good old combination of Retarded Town and OP Mafia.

It was obvious. Too bad I wasn't playing.
Also I had no idea you even replaced French. I thought you were in from the beginning.

Because Scept told me that French was mafia. So I shouldn't have even needed to look over your actions to know.

Yeah I had to drop out because I found out Zink's role as I was in his room when he checked it. Basically being the Godfather and finding out who the priest/investigator/op character is would make the game too imba towards Mafia. Not that it would have mattered as Mafia killed Zink R1 eitherway. Sorry if this caused Scept any inconvenience.

Nah, he did the right thing. It's impossible to just pretend that didn't happen.

Leo E. wrote:Nah, he did the right thing. It's impossible to just pretend that didn't happen.

Yeah if I killed Zink, it'd be an unfair handicap to town. If I didn't, Mafia was fucked (or at least severely handicapped).

I certainly wouldn't have just let it slide, mind you. Though now that I think about it, giving the mafia Mentle ended up giving the town an unfair handicap anyway.

Link Lab wrote:Which, again, ended with Mentle, as mafia leader, getting people to lynch a survivor when there was absolutely no reason to at that point in time.

That was absolutely hilarious, because I moved completely against what I said in the previous day. I only feared he knew about Gamage due to the PM shenanigans and decided to take my chances. Just by that it should be obvious I was messing with the town, yet I was only formally accused when math said that, between me and Cloak, one HAD to be scum. Also, Hater knew about Gamage but was silenced, I'm just glad Leo and Alpar weren't playing this time.

Although Mafia Roleblocker is a very strong role, in this specific round it was completely useless. We used it to block a "Watcher" who never got the right target, except when we planned it (and Massive could just kill DA without being detected even if Gamage was powerless, although Massive himself told me he was just immune to cops, not a Ninja).

What really favored us is that I could get rid of the Tree Stumper safely with my powers and that we eliminated the important roles at the start, out of luck. If you consider that the town also had one extra day of voting they wouldn't have in other rounds and how the Tree Stumper could do a heavier blow against the mafia, in case we got him first, I'd say we were just lucky this round.

Scept wrote:I certainly wouldn't have just let it slide, mind you. Though now that I think about it, giving the mafia Mentle ended up giving the town an unfair handicap anyway.

A smart team would have voted him off immediately for being a sub. A better decision would have been to edit Shadi's survivor role into a mafia role, like Axel did last round. (very good idea imo)

Leo E. wrote:Nah, he did the right thing. It's impossible to just pretend that didn't happen.

I agree with both of you. It was right for him to be subbed out, but he should've told the host the reasoning behind it.