Anyway, I need 13 people to work everything in. More is always better. I can deal with as low as 11, but I'll have to cut some interesting roles.

Speaking of interesting roles, there will be two unique things about this game; #1, it'll be the first game we've played that employs the Dreaming God role. So expect that. And #2, a unique role for the Unison Devices of the series, Rein and Agito. Long story short, each night they target another player to "unison" with, altering that person's abilities depending on how compatible they are with each other. I think it looks great on paper.

No abstaining, only No Lynch, which will happen if it gets more votes than the leading player. Also no PMs, except if your role PM says you can.

And oh yes, since this is Nanoha, expect some yuri in the story, and maybe even the roles. SHUT UP, IT'S CANON.

Short opening story. No yuri yet, though there is a TF2 reference because I suck at writing.

Spoiler:
“Okay, everything looks great!” Shamal said, holding her hand out to Ginga Nakajima.
Ginga took Shamal's hand and slowly stood up from the hospital bed. She flexed her arm a few times to ensure that it had healed properly. “Amazing work as usual, Shamal. Now where were we on that anecdote?”
“Ah, right, right.” Shamal spun back around to face Ginga and continued the story she had been telling earlier. “So anyway, when the patient woke up, her Linker Core was missing... and she never saw that doctor again!”
The two girls erupted into laughter, continuing for well over a minute before they calmed down.
“Aah hah hah... anyway,” Shamal began, finally regaining her composure, “that's when the Bureau put me back on probation.”
Ginga stood in silence as her brain attempted to process what it had just heard.
“Hey, Shamal, Ginga.” A transmission from one of Section Six's captains, Nanoha Takamachi, interrupted Ginga's frantic thoughts.
“Ah, Nanoha,” Shamal smiled. “Do you need something?”
“Actually, yes,” Nanoha swiftly answered. “I'd like the two of you to help me out with something. Could you meet me outside HQ in an hour?”
“Hm? That's fine, but what is it about?” Ginga asked.
“It's nothing, really, I just need some extra manpower,” Nanoha laughed. “Okay, see you there!” The transmission cut off.
Ginga crossed her arms. “I wonder if everything is okay... she's being unusually forceful today.”
“I'm sure it's fine,” Shamal smiled. “If there were an emergency, she'd want me to stay in the medical bay here.”
“I guess,” Ginga sighed, relaxing a little.
“Anyway, let's finish your checkup quickly so we won't be late!”
“Yes, ma'am.”

Come for the yuri, stay for the giant lasers.
In.

Sat out last time..might as well try this,i'm in ya monster.

Cloak wrote:Come for the yuri, stay for the giant lasers.
In.

In for the story.

Cloak wrote:Come for the yuri

In because everyone loves yuri

I come for the friendship.
What is wrong with me.

YEEEAAAAH Handed in my bastard essays!
I'm back baby and ready to rock!

Cloak wrote:Come for the yuri

In because everyone loves yuri

Yeah, I mean he's the best main character in the entire-

oh. You mean that Yuri. 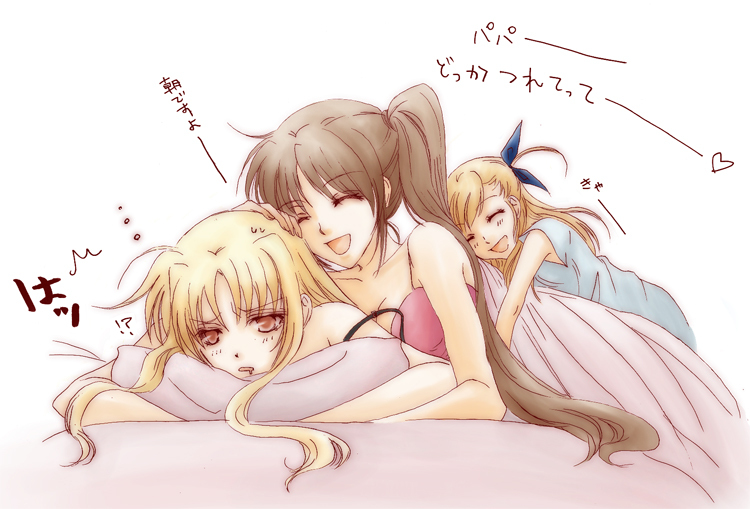 Lillies aren't anything special though. 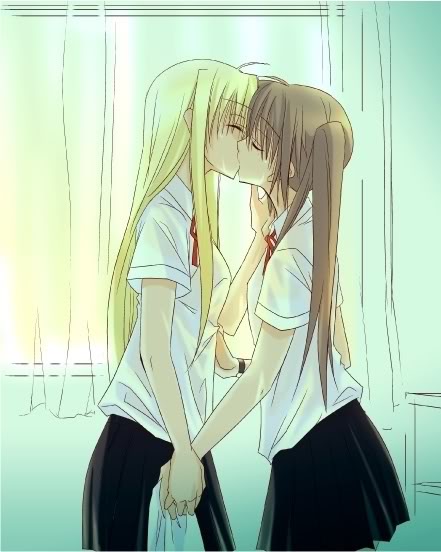 Role PMs are out.

You two. Yes, you two. Make sure you read your entire PM before you do ANYTHING. You know who you are.

Story here, and the day begins.

Spoiler:
“Lightning 1, StarS 2, Lightning 2, over here!” Nanoha yelled.
“Yes ma'am!” Captain Fate T. Harlaown, Vice-Captain Vita, and Vice-Captain Signum quickly rushed over to where Nanoha was standing.
“StarS 3, StarS 4, Lightning 3, Lightning 4, you're over here!”
“Yes ma'am!” The forwards, Subaru Nakajima, Tiana Lanstar, Erio Mondial, and Caro La Rushe followed suit, standing where Nanoha had directed them.
“Today's training will be a little different,” Nanoha began, turning to Section Six's four front-line members. “We'll be holding another mock battle today. I had intended to pit the four of you against myself, Captain Fate, and the vice-captains. But with out limiters removed, that would have been far too one-sided.”
“Yeah, tell me about it,” Vita snarked.
“So I'll be with the four of you,” Nanoha said to the forwards. “And it's our job to shoot down Captain Fate's team.”
“N-Nanoha!” Fate stuttered. “You didn't tell me about this!”
“It doesn't matter,” Signum spoke softly. “Even without Nanoha, the odds are still heavily stacked in our favor.”
“Hey!” Subaru yelled. “I know we're not as strong as you, but you don't have to be so blunt about it!”
“I'm sorry, but it's true,” Nanoha sighed. “So I called in a little help from some of Section Six's other members. They'll fight alongside us, and hopefully that will even the playing field a little bit.”
“Now then!” Vita yelled. “Your objective is to shoot down the three of us! If you can do that, you win. But if you're too weak and can't win...” Vita stomped the ground for emphasis. “I'll put you through some extra training... enough to make you wish you were dead.”
“V-Vita, please don't scare them like that,” Nanoha laughed.
“I'm serious!” Vita yelled. “And you're their leader right now, so if you lose, you're gonna have to go through it with them!”
“Wh-why me too?!” Nanoha panicked.
“Oh my, Vita, please calm down,” a quiet, kindhearted voice came from a nearby tree.
“Commander Hayate!” The four forwards snapped off quick salutes.
“H-Hayate...” Vita stared for a moment before saluting.
“Hayate, what's the matter?” Fate asked.
“Nanoha asked me to watch over the battle, and asked for assistance from these two,” Hayate answered. A pair of small girls flew out from behind Hayate, the unison devices Reinforce Zwei and Agito.
“Alright, let's get this started!” Rein yelled excitedly.
“Not yet, you crazy little thing,” Agito sighed. “We're still waiting on the rest of Nanoha's reinforcements.”
Nanoha nodded. “Once they get here, we'll begin.”
“Oh dear...” Fate said, burying her face in her hands. “I can already tell this is going to be a headache...”

(Girls do their best now and are sortieing. Please wait warmly until it is ready.)

“Everyone's here now,” Nanoha said, observing her team. Along with the four recruits and the two unison devices, Nanoha's team consisted of Shamal, Ginga Nakajima, and Zafira.
“Okay, are we all ready?” Hayate asked.
“Yes ma'am!” The four recruits and the two vice-captains saluted.
Nanoha and Fate nodded. “Yes.”
“Oh, I almost forgot to mention,” Nanoha said, holding up a finger. “The winning team will get a special prize.”
“Eh?! A prize?!” Subaru's eyes sparkled in excitement. “W-what is it?”
“You'll have to win to find out,” Fate said softly.
“Hm...” Signum nodded. “Vita, I have an interest in this prize. Try your hardest to help me win it.”
“TIA!” Subaru screamed at the top of her lungs, turning to face Tiana. “You'd better do your best, got it?!”
Tiana sighed. “Do they really need to offer a prize to get you this excited?”
Hayate clapped her hands to get everyone's attention. “Alright, then... now that everyone's ready...” She held her hand up, and a small white bullet shot into the air, exploding after a few seconds. “START!”

Les' start this off right with a vote for Cloak!

Voting for Vat because of tricksy hobbitses.