Yeah so, I'm definitely feeling a Cloak vote here, looking at his votes in past days.
No other suspicions as of now.

Now is the SMASHING time to rolereveal. I'm the investigator, but due to shenanigans, investigation has a 20% chance of turning up wrong. I investigated Zyq two nights in a row and both resulted in a red. It's safe to say this is our best bet unless rng screws us over thanks to my role. I'm on my phone so someone count my Zyquux vote for me. Let's end it tonight.

Alpar wrote:Now is the SMASHING time to rolereveal. I'm the investigator, but due to shenanigans, investigation has a 20% chance of turning up wrong. I investigated Zyq two nights in a row and both resulted in a red. It's safe to say this is our best bet unless rng screws us over thanks to my role. I'm on my phone so someone count my Zyquux vote for me. Let's end it tonight.

It would indeed be red because I am, as I said, a miller thief. Coincidentally, I stole from Alpar last night and got a pair of sunglasses. Either he's lying about investigating (because stealing from them prevents them from doing night actions) or he got switched with someone else.

That being said, abstaining until I get a suspect.

Zyquux wrote:It would indeed be red because I am, as I said, a miller thief. Coincidentally, I stole from Alpar last night and got a pair of sunglasses. Either he's lying about investigating (because stealing from them prevents them from doing night actions) or he got switched with someone else.

That being said, abstaining until I get a suspect.

...and here I thought I had learned all the roles.

Friggin memory...
Ehhh.. keep my vote on for now. I may change later..

A lot of talk about night actions, but only one person actually sent theirs in to me.

It'd be nice.for the bus driver to reveal himself, or contact me and zyq. It'd be really helpful at this point.

Now I am going for the other choice of slaying the most innocent member we have ever, Zink.
However Zy is in my sights too.

Not leaving this up to the RNG.
I don't remember hearing much from Zink, and it's worrying me.

Boooo, seriously guys? I do you the credit of going back and reading what you've said. Cloak, you say I've been quiet, but I've said more than you.
Plus, why would I have voted for Panda at that point? It wasn't even a case of "ah well he's gonna get lynched, I should join in for security". Rethink yo votes fools!

That said, if you lynch me you'll only be losing a vanilla, so you could do worse.

According to Fire Emblem players, everything.

"That one was chosen by vote today," Batman said, pointing at one of the pods. "'Cloak', it's labeled."

The Riddler clapped. "Very well then. Pull the lever, if you dare."

Batman grasped the lever in his hand. After taking a moment to collect his thoughts, he pulled it down. He looked up at the monitor to see the image of a hideously-scarred man.

"Dent. No... Two-Face," Batman said, turning towards the Riddler. "So here ends your little game."

The Riddler sighed. "Three correct choices out of four... maybe I made it too easy?"

"That doesn't matter," Batman grunted. "You made a promise. Hand over the keys to the pods."

"Very well." The Riddler reached into his coat pocket and pulled out a small keychain, then handed it to Batman. The name of each pod's occupant was written on each key.

"Try and make sure none of them get out this time, Commissioner," Batman sighed before fading away into the night.

Cloak (Two-Face) couldn't last on his own. (ninja/janitor)

Here's a list of roles. I dunno why Draco wasn't giving full reveals, but it should be fine to reveal them now.

Spoiler:
Dear spplmj,
You are Mr. Freeze! Your partners are Panda and Cloak. Each night, if you do not flip the killswitch, you can choose one target and cover their pod with your special freeze gel. 2 night phases after that, the gel will freeze, blocking all communications and exits for that night only. Alternatively, you can speed up the process by targeting them two nights in a row, thus disabling them the second night. You win when the villains match or outnumber the innocent.

Spoiler:
Dear Panda,
You are Bane! Your partners are spp and Cloak. You have saved up an extra stock of your special Venom derivative, enough to even push yourself into overdrive, beyond the maximum healthy amount, three times. In overdrive, you push past any and all roleblocks or protectors, as well as any “bulletproof” roles. However, for the next two nights, due to your temporary loss of sanity, you cannot make the kill. You win when Gotham is ashes, and you give Batman your permission to die.

Spoiler:
Dear Cloak,
You are Two-Face! Your partners are spp and Panda. You have an eccentric obsession with chance governing fate: you flip a coin every time you make the night kill. If the unblemished side comes up, you fail the night kill. If the scarred side comes up, however, you not only remove them from the “game”, you use your knowledge of criminology to hide all evidence of who they were... as well as the fact you were ever there. You win when the villains match or outnumber the innocent.

Spoiler:
Dear Zyquux,
You are Catwoman! Being a cat burglar (rowr), you can steal an item from someone each night, preventing them from using their role that night and possibly providing clues on who they are. However, you've been a villain in the past... if someone investigates you (which is bound to happen, with all these vigilante detectives running around the city), you will show up as a villain. You win when the villains are eliminated.

Spoiler:
Dear Vatonnage,
You are Robin! Due to being specially trained by Batman, you can investigate one person each night. You will always be accurate, since you were trained by the best. However, if you are voted off, Batman will be so wracked with guilt there will be no effective vote the next day. You win when the villains are eliminated.

Spoiler:
Dear Link Lab,
You are Oracle! You managed to smuggle a large number of specialized programs into your pod... however, you forget what they do. You know the Riddler is probably keeping an eye on any connections between pods, but you've managed to open up 10 secure, hidden connections. Interestingly enough, that's how many disks you have; three yellow, three orange, two blue, one purple, one green. You don't, unfortunately, remember what they do; and once one of them is linked to a connection, it cannot be removed. Once you use a connection, the Riddler will disable it, using up that disk. You win when the villains are eliminated.

Spoiler:
Dear Alpar,
You are Commissioner James Gordon! You control the GCPD, meaning you can investigate one person a night. Unfortunately for you, your cops are rather incompetent... there's a 20% chance they'll be wrong and give you the opposite answer. You also managed to use your knowledge of the villains involved to get up a special “shield” of sorts around your pod, protecting you... but you doubt it will last more than one attempt on your life. You win when the villains are eliminated.

Spoiler:
Dear Axel,
You are Mayor Lucius Fox! As the mayor of Gotham (and Morgan Freeman besides), you command a great respect, meaning your vote counts double. However, this respect is double-edged... nobody will get close enough to your pod to be effective... except, of course, anyone with harmful intentions. You win when the villains are eliminated.

Spoiler:
Dear Nyu,
You are Ace the Bat-Hound, Batman's loyal dog! Each night, you can use a small tunnel you found to exit your pod keep watch on someone else's pod. If anyone attempts to harm them, you chase him off... however, you won't know which pod belonged to them, and you can only guard one side of a pod at a time... meaning, half the time, you won't see anyone coming... or smell/hear them. You wish your master didn't have such stealthy friends and enemies. You win when the villains are eliminated.

Spoiler:
Dear MrNaleIt,
You are a Gotham Metro bus driver! Unbeknownst to the Riddler, you've managed to get a reliable way to sneak you and other people in and out of their pods. You also managed to glimpse a map showing where each pod is. Each night, you can swap two targets in your bus, hiding among all the other buses in the city. You win when the villains are eliminated.

Spoiler:
You are a Gotham citizen! You are an ordinary townie. Your only job is to vote on the kill each day. You win when the villains are eliminated.

EDIT: Here's what I know about the night decisions.

Those are literally the only night choices that got sent to me that night. And I still don't know what result Alpar got.

Night 4, which never happened
Cloak – Kill Zyquux
Zyquux – Steal from Vat (switched to Alpar; gets police report)
Nale – Drive Alpar and Vat
Alpar – Investigate Nyu (report stolen by Zyquux)
Nyu – Protect Alpar (switched to Vat)
Vat – Investigate Nyu
_________________
Heka: "If you mean to kill me, at least do it quick!"
Raidy: "I'm afraid Fonfon is quite good at hurting you without killing you."
Fonfon: "You bet I am! Corpses don't scream, so that's boring."

Gaaaaahhh. I should stop sucking at guessing so much...

Btw Leo if you read a bit back I said I got red both times. 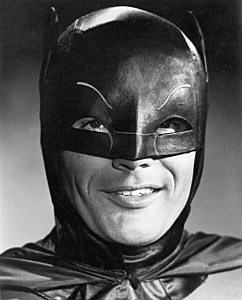 Goddammit, if I swapped the order I used the disks (ie green then purple), I would've killed cloak and helped get spp lynched on the first day. Well, at least we still won. Quite easily. Well done guys.
_________________
Nintendo Network ID: Link_Lab

Surprise! Cloak was mafia again! I think he took over my role as always-mafia.

Also, a near SMASHING game (in terms of lynches at least). Interesting.

Well, that was a rather bulldozing victory. Splendid job my fellow vigilantes. Been a while since a clear victory for the townies.
Good show!