Polls closed, game already decided, updating later because I got things to do.

"...are you really serious, buddy?" Said the Sheriff as he casually killed the last Goon.
"'bout w0t cunt?"
"Uh...you had already found out me and Billy here were working together, why did you vote for the Goon instead of working with him...?" Billy, who was standing by the Sheriff's side took off his disguise at that moment.
"well m8, i just bloody felt like it, americunts wouldnt even understand"
"..."
"..."

The Sheriff tried to draw his weapon, but before he could even touch it, Sir Richard Rose shot his hand. That british faget was just that good, however he couldn't shoot both Billy and the Sheriff quickly enough, and Billy had his revolver against his head.

"AGH, MY HAND! Billy, shoot this faget already!"
"i say, bit of shit luck...but i gotta go fab cunt" Sir Richard Rose didn't wait for Billy and shoot his own head while striking some kind of Bizarre and fabulous pose.

"Well...he did has class. Are you alright Sheriff?" Billy helped the Sheriff get up. His hand was bleeding but it wasn't anything serious.
"Yeah it's alright...but we did it, Billy! Against all odds we cleaned up this town!"
"Yeah! You really need to see the doctor now tho-"
"FUCK the doctor! We need to celebrate this, let's go after the whores!"

The story goes that the Sheriff and Billy had all the whores of Generictown, faced all the venereal disease known to man and cirrhosis, but kept hitting the saloon and all the ladies.

So basically, they had an accomplished life in the old west and they lived happily ever after. Until the whore diseases killed them.

As the old Big Boss and
most classy man in this town, it was you who got betrayed and now must
clean up this mess by yourself. As the most skilled man in this town,
you got plenty of tricks, even if you work alone.

You are a
Doublevoter (for all purposes, it's like your faction has two people
too), and the first time your life is threatened at night, no matter
how, you will survive with your hidden plate trick and kill the
attacker. After that you will lose your plate, being defeated normally
in case you are attacked at night. You remain immune to Paranoid Gun
Owners, as no one would be able to defeat you in a duel.

You win when there's only one enemy faction left and you outnumber them.

(DA was the last person alive who didn't have a night kill, so he obviously would have tonight's kill and would use it to finish Yoshi, cue Richard's death today)

Spoiler:
Dear DA, you are the Sheriff.

You are really tired of the shit
going on in your town, you are not even part of the cast of Sunset
Riders after all. All you want is this silly game over, but you'd be
more satisfied with the "good guys" winning.

You do know there
is a group infiltrated in your town who wants to exterminate the mafia
bosses by themselves, and you can investigate one player every night to
find out if he's part of that group.

You win if either the good guys win or if you are the last survivor.

Spoiler:
Dear Axel, you are Billy.

One of the good guys, you plan to clean this town and has disguised yourself to infiltrate it.
Although
you know your friend Cormano is doing the same, you can't recognize him
while he is disguised. For all purposes, both of you are in the same
faction. As long as Cormano is alive, you can't attempt night kills.

You
are a Paranoid Gun Owner variant, although very skilled with your
Revolver, a few men could still defeat you in a duel. Your power also
only works against night kills.

You win when there's only one enemy faction left and you outnumber them. 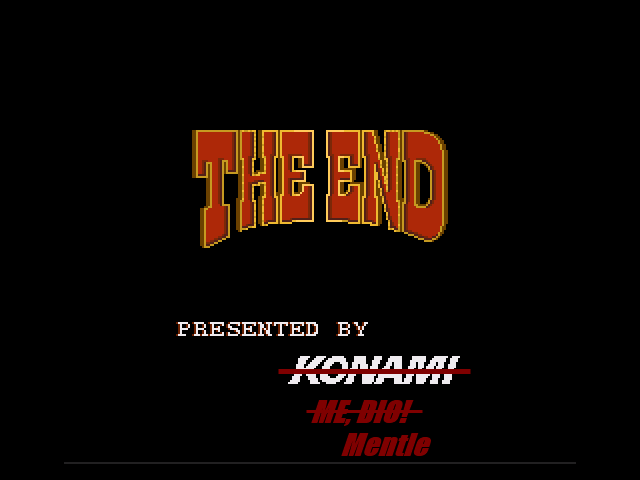 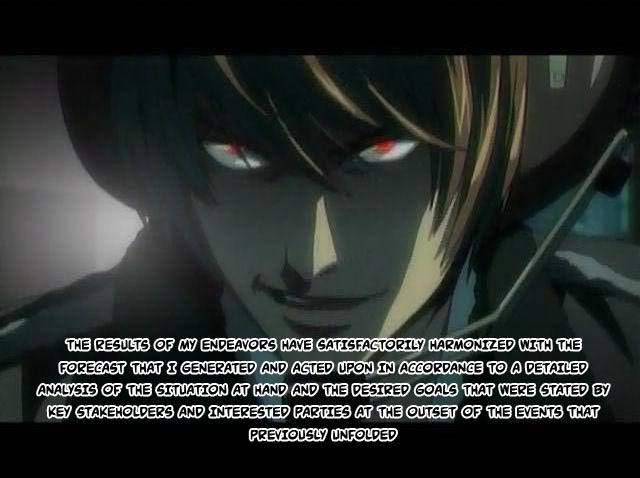 In short: We lynched French's partner (I think) with my consent, French joined forces with me all thanks to Yoshi who made my alibi credible as he served as my personal killing machine as I did my best to keep him alive 'till the end.
Meanwhile, I found out that Axel was with the good guys, and joined forces with him, making an alliance with Yoshi and Axel behind French's back, as we plotted to kill French and his cronies.
We used Yoshi's doublevoting abilities to our advantage, and not only was he our personal murderer, he was also our personal lyncher... it was sad to let him die at the end. He was a real trooper... I just didn't know he was THE BIG BAD M8.

And so us 3 ended up killing everything in our way sparing Yoshi's life, until he outlived his usefulness.

And French? You're a real godsend, I tell you what.

Prizes and night actions when I stop being lazy.

DA wrote:
And French? You're a real godsend, I tell you what.

Not really. The Godsend is Yoshi for willing to lose. :P If at any time he had decided to betray you (even in the final 4), he'd could have won. :/ I won't question as to why he played against his win-condition (whether trolling or just sillyness) but as the strongest faction in the game it seems like a waste of an easy-win.

In regards to getting deceived, I was allied to everyone, so striking an alliance with you was merely a formality. In fact, I was getting betrayed every round. :P I didn't care who got lynched, as Gamage and I were both vanilla, therefore we were simply hoping for a Mexican standoff in the final 5 and praying for a lucky kill rotation; which never happened as Yoshi didn't try to win.

SO IT WAS AXEL WHO WAS MY PARTNER.
GOOD JOB BUDDY.

Yeah! We won! Thanks for everything DA and Yoshi! A really exciting round in the end once I got back home and DA forged our alliance.

Sorry you had to die Yoshi but it was fun while it lasted.

And to Mentle, thanks for a really interesting round. Had fun, dude.

I AM AN HONEST GUY, I SWEAR.

I did this for one reason,to make up for my patheticness in the MLP round and to basically have all the fun I could! YOUR PRECIOUS TIES COULD NOT SAVE YOU! Did it for you big guy....and to see scept go insane with fury was a bonus. :3

Night one:
-Diabeetus swaps Cloak and Yoshi
-Nale kills Cloak (goes for Yoshi due to swap, both Cloak and Nale would die otherwise). Yoshi lost his bulletproof/paranoid gun owner powers due to the attack.
-DA investigates Link

Night four:
-Diabeetus swaps Gamage and French
-Yoshi kills French (hits Gamage instead due to swap, but they were Goon partners either way)

You are the Hero now, Horse: Diabeetus. Her first swap broke Yoshi's bulletproof/paranoid gun owner powers while saving Cloak (Cormano) at the same time. The Good Guys and The Sheriff would probably lose due to Yoshi's powers otherwise. Swapping the night target with his partner who had the same powers later in the game was also hilarious, even if it didn't change much.

"u w0t m8?" prize of european-flavored confusion: Yoshi. The Sheriff was the only role that didn't get a chance for a night kill and Yoshi knew his identity. As long as DA was lynched, Yoshi could win, even if Hater didn't help him and stayed neutral, Yoshi would still force a coin flip giving him a 50% chance of winning the game. If Hater was convinced to join Yoshi (probable since he was a fellow Badman) or if Axel didn't vote, Yoshi WOULD win the game. He could also trick DA and Axel in to thinking he still had the initial power shown on night one, making them avoid trying to night kill him.

Instead he decided to pave the way of his own death by instantly voting and doublevoting Hater and not tricking DA and Axel, obviously getting night killed by DA and losing the game.

MVP of the Round: DA. He had a challenging role, but was able to find Billy and set up the background alliances with French and Yoshi that granted him and Axel the victory.

Medal of Competence in Confusion: Also DA. At one point he was so hyped about his moves on the background that he shared his alliances and logical conclusions while laughing maniacally, drunk with the power of the POWER. The problem is that not only his conclusions were wrong, but everyone allied to him was lying and had more power than him, being able to backstab DA if they wished to. Even so, that alliance gave him the victory with Axel.

Cloaklogic Trophy: Nale. His role description already described how weak Greedwell was, and also that he could order his partner to do the dirty job. There was no need for Greedwell to take the night kill by himself. In fact, if his partner, Vat (El Greco) attacked Cloak (Cormano) instead, he would be able to disarm him and bypass his Paranoid Gun Owner powers.

However, due to Diabeetus' life-saving swap, that wouldn't make a difference as El Greco would be killed by Yoshi.

Mentle wrote:
You are the Hero now, Horse: Diabeetus. Her first swap broke Yoshi's bulletproof/paranoid gun owner powers while saving Cloak (Cormano) at the same time. The Good Guys and The Sheriff would probably lose due to Yoshi's powers otherwise. Swapping the night target with his partner who had the same powers later in the game was also hilarious, even if it didn't change much.


GG all around, for my first round it was pretty darn exciting (and certainly unique to general mafia) and I'm happy to have participated in the craziness, even if most of that craziness was behind closed doors anyway XD

Mentle wrote:
Night four:
-Diabeetus swaps Gamage and French
-Yoshi kills French (hits Gamage instead due to swap, but they were Goon partners either way)

Yoshi... you... son of a bullfrog.
(I'll probably be using that picture quite a bit in the future.)