Didn't see this earlier but Idk and Idrc.

Also I missed TGS yesterday cause I was too busy drawan and forgot about it.

Was there a new reveal or was it that dumb iOS game they announced on Friday after all?

In other news, Mighty No. 8 design revealed.

Given the theme for this game, I'm pretty appreciative of how these designs are coming out. I also particularly like the ideas behind No. 8, except I think he should've been all dark blue, the red kind of seems unnecessary. Also if his arm was attached to the rifle, instead of his arm being the rifle. Just my two cents though.

And apparently 8 was originally meant to be a female, what a shame.

It's because she isn't pink nor a headgehog isn't it.

We all know there hasn't been nearly enough Shantae posted around here, so I'll help remedy that now. 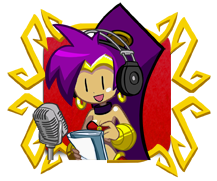 "We’re also revealing the next Stretch Goal today: Voices! We will be auditioning top industry talent to provide voice over for the entire cast of characters. Recordings will be in English, with translated subtitles for each additional language. WayForward has worked with some of the top voice talent in the world – from the cast of DuckTales all the way back to Kermit, Fozzie, and Gonzo in the mid-90’s. From Spongebob to Daffy Duck, we know how to write for, audition, coach, and record professional voice over. Let’s make this happen and really bring Shantae and friends to life!"


I dunno whether this would be good or bad. But I am intrigued with the idea. Turns out it wasn't a chapter after all, just voice acting for the game.

I think given the cast list, and the fact they placed it as a surprise goal, means they're going to at the very least try very hard to make sure the voice acting is sufficient, if it were to reach the goal anyway. 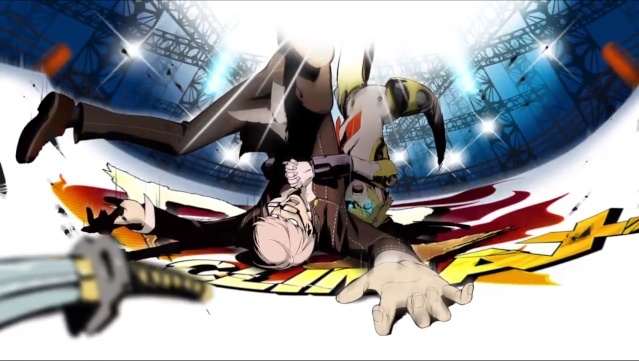 My waifu can suplex your waifu.

So I'm sure I'm late to these news but to sure everyone gets in on it:

Risky Mode funded with 4 days left in the kickstarter. I was actually really hoping we would see this mode, the premise sounds interesting enough and I'm glad at least one stretch goal was reached. Guess vidya still matters to a handful of people.

Also, Megaman 2 music composer hopped onto the board for Mighty No. 9, get hype.

but I hope there's finally at least some news on SMTxFE.

There probably won't be.

Why would they when there isn't even any news on Persona 5? They'd be getting way ahead of themselves there.

I don't see why they'd announce P5 before SMT X FE. We at least had a little teaser about SMT X FE some time ago. Persona 5 so far has only had the name registered. Not to mention they're almost done with the second Persona 4 Arena.

From what I can tell, P5 is at a much lower priority than SMT X FE.

Hunter Axel wrote:We at least had a little teaser about SMT X FE some time ago.

I wouldn't even call it a teaser, the video just said exactly what the title said.

>JUMPED FROM PS4 AND XBO VERSIONS YESTERDAY TO 3.8 MILLION DOLLARS IN 7 HOURS

Thanks to the power of Paypal.

some stores in canada are selling X and Y early:
http://www.gonintendo.com/?mode=viewstory&id=213556

just for those who didn't already know (but really who didn't)

Now to play the waiting game...

So with 48 hours left from the time of this post, Shantae has reached it's second stretch goal. I knew we'd reach the first stretch goal but I wasn't too confident in reaching the second. I'm glad I was wrong once more.

And reminder that we were able to fund 4,000,000 doras for Mighty No 9 and get all sorts of nice things in the end.

I seriously don't know how to even feel about this.

It's the epitome of conflict.

>PeTA is back with another Pokemon parody, this time also taking on Mickey D's
OH FOR THE LOVE OF CRIMINY.