Link Lab wrote:Also, is there some glitch with the tome that I missed because I'd say it's high tier at best.

Her YYYXXX with the tome is the single best attack in the entire game. For bosses you can omit the last X to deal ridiculous damage and get basically a guaranteed weak point smash on anything except The Imprisoned with just two combos. For regular enemies, dodge out of the animation in the last X JUST as she pushes the walls, run after them, then jump into them and detonate them before they disappear. The best crowd-clearing tactic in the entire game.

There actually might be a glitch there, when I do YYYXX against giant bosses the second one seems to have a much louder sound effect and deal more damage to the weak point, so maybe both the walls you're creating and the walls you've already set up deal damage the second time.

And her regular dial-Y is strong enough to deal good damage and quick enough to consistently stun enemy commanders while their weak point is up.

EDIT: Having tested it out now, it seems that if you create two walls that end up touching each other, they both explode. And it HURTS.

Now that I've gotten gud with everyone to get all the Level 3 weapons, here's the updated list.

1080p, 60FPS, rebindable controls, all DLC, dual audio, Steam achievements and cloud saving included.
You can get all of it for less than 20 if not 15 dollars if you order it now. 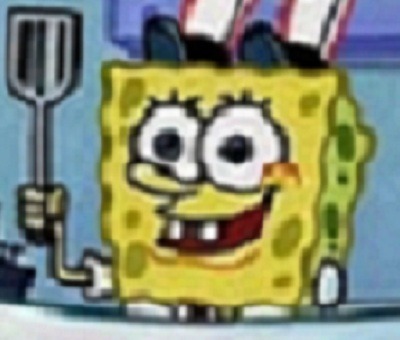 I'm playing Persona 4 the Golden right now. You guys should play Persona 4. It's a really good game. I'm sure most of you haven't played it. It's pretty niche.

Theatrhythm: Curtain Call is excellent. Far superior to the previous version and quite lengthy. I don't recommend it if you played the first to death and you're sick of it. Also liking Final Fantasy music is required. Probably got the most longevity I've ever seen in any rhythm game ever.

Also after being a bit 'meh' on Danganronpa I ended up really liking it. Definitely worth it if you can get it cheap. Apparently required playing for the superior sequel which I'm only a bit into cause I'm playing golden instead.

This is why you need to play Ar tonelico II.

I'm positive everyone is aware as I've been playing this for the last few days and beat it two days ago but holy hell.

Good music, good visuals, actually pretty good writing, GREAT gameplay (save for the obvious), and GOOD HEAVENS THAT ENDGAME.
This is the best game I've played all year aside from a few I've played already from previous years, it just shouts inspiration at almost every corner. If you own a Wii U, there's no excuse for you not owning and playing this game.

Okami is the best Zelda. I SUFFERED THIS SO NOBODY ELSE HAD TO

DON'T TOUCH THIS GAME WITH A TEN FOOT POLE

Well, I own Shinobi for the PS2.  Time to play it.

Edit: Scratch that. Imma get an emu-later, and stream me playing it for you guys

I'm assuming/hoping none of these were posted yet

I'll list more later. On that note, how the fuck do I know exactly one person who's played Alan Wake? It's not even obscure. Like. It was incredibly hyped when it released. Like. Fuck, dude.

Once you play Ar nosurge or Ar tonelico II.

Parasite Eve is great and easily emulated, and you also get the experience of killing Cell in 5 minutes instead of 50 episodes like in DBZ.

Oh boy would you look at that, another suggestion dump. As far as I'm aware, all of these games run very well on an emulator, even on a toaster
-Brave Fencer Musashi (PSX)
-Policenauts (PSX, I still have yet to get very far into the game because I keep getting distracted, but for what I played it's a fairly interesting VN)
-Mischief Makers (N64, very short and not very challenging, but still plenty of fun)
-Vagrant Story (PSX)
-Comix Zone (Genesis)

Einhander, which I suggested before, also doesn't give a lot of problems on an emulator

Every time I look back and see what other things in mediums have failed in the writing department *COUGH*, Ghost Trick has always been the shining example of how things went so terribly right.

From start to finish it's incredibly well crafted and the vast majority of the experience tends to remain strong. It starts with a creatively unusual premise off the bat, while somehow having it strike a perfect in-between using concepts people have come to grow familiar with as it is.

And then:
It immediately hops you in by giving you the experience of playing God, from manipulating objects to altering fates slightly enough to save people's lives, making your overall input feel worth more than the weight you gave it.

Takumi also uses the amnesia plot point perfectly, without exploiting it for cheap detail fills like most others would have it. One of the best ways to introduce this in games is to have the character be an amnesiac in a circumstance they don't quite understand, so the player can piece the elements together along with the narrative; making it so that neither the player nor the characters are ever too ahead of eachother in the wrong places.

By the end of the first chapter you're provided the information that by sunrise you'll cease to exist. Given what happened in that level, which is only about fifteen to twenty minutes, the idea that the adventure will be a worthwhile experience is something that's proven to you rather than emptily told. Meshed in with the promise that it's a mere 12 hours at an absolute WORST, which is shorter than most visual novels, you're additionally thrown into a tale you know won't exceed its welcome in any way.

Moreover it's all done with a very charming sense of style both aesthetically and graphically which gives it the touch it needs to make even the simplest of actions at least slightly amusing to watch. Characters big or small to the plot are all memorable to boot, providing gold bits of dialogue that aren't in any way trying too hard to sell overdone jokes, all with a sense of timing that knows when to place them.

For a story that has tropes which are insanely easy to mess up, Ghost Trick uses them for purposes higher than most if not all others would have it. To this day I still haven't spotted a single plot hole, so it's vigorous in both build of script and executive finalization. Everybody in the world at least owes themselves this one experience in particular for sure.

I can't get Mischief Makers to display properly, any recommendation for plugins?

Alpar wrote:Okami is the best Zelda.